CDC study: Actual number of COVID-19 cases in US is far greater than thought 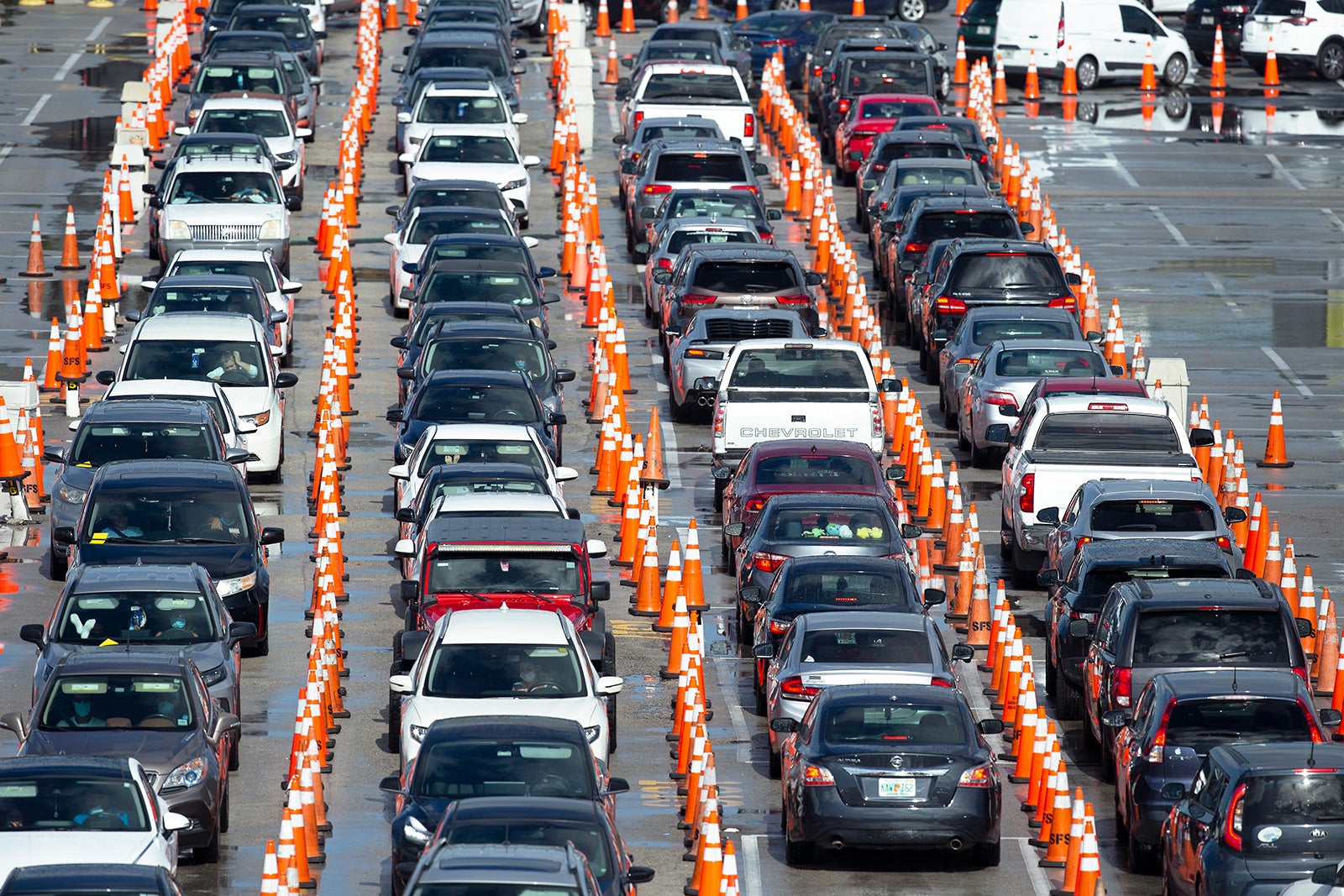 (CNN) — The number of people who have had COVID-19 is much greater than the official case count, according to data and a new analysis released by the US Centers for Disease Control and Prevention on Tuesday.

Depending on the region and the time period, the number of people infected was anywhere between 2 and 24 times the number of reported cases, the CDC team said.

“For most sites, it is likely that greater than 10 times more … infections occurred than the number of reported COVID-19 cases,” the team wrote.

In New York, the CDC estimates suggest that 642,000 people were infected by April 1 but at that point only 53,803 cases were officially reported. That means the number of infections could be at least 12 times higher than reported, the CDC said.

The CDC says the number of cases in South Florida, Connecticut and Minnesota was 6 to 11 times higher than the official count, the CDC said.

These numbers are likely conservative, according to the study in the Journal of the American Medical Association. The data used in the analysis was published on the CDC website.

The CDC has updated that data since the report was submitted to show two different testing periods starting in March and April.

The country remains far from a level that would give the population herd immunity — assuming that having been infected once provides immunity. Doctors are not sure if that is the case.

Hours after the CDC analysis was released, President Donald Trump warned Americans that the pandemic will “probably, unfortunately, get worse before it gets better.”

“Something I don’t like saying about things, but that’s the way it is,”he said Tuesday during the first White House coronavirus briefing in months.

A surge of cases has been ravaging states from coast to coast, putting reopening plans on hold, forcing officials to quickly expand testing and leaving hospitals scrambling with the influx of patients.

A total of 57,216 cases of COVID-19 and at least 970 virus-related deaths were reported in the US on Tuesday, according to a tally by Johns Hopkins University. At least 3.89 million coronavirus cases have been identified and more than 141,800 people have died in the US.

After months of downplaying their importance, Trump encouraged Americans to wear a face mask on Tuesday to prevent the spread of the virus.

“We are asking everybody, when you are not able to socially distance, wear a mask,” Trump said Tuesday during a White House briefing.

“Whether you like the mask or not, they have an impact,” he said.

Experts say masks are one of the most powerful tools to battle the spread and nearly40 states now have some type of mask requirement in place.

On Tuesday, Iowa City Mayor Bruce Teague signed a proclamation requiring residents to wear masks in public places and while outdoors when social distancing is not possible, defying Iowa’s Gov. Kim Reynolds who has said cities have no authority to require face coverings.

“The scientific data and evidence is clear. Face coverings and masks are a safe, effective way to get case numbers down,” Teague said.

The high number of people testing positive for coronavirus across the US has slowed the time it takes to get test results.

Diagnostic labs are feeling the effects of the spike in cases and are working to scale up their capacity. But a leading commercial lab has said results can now take up to two weeks for some patients.

Jennifer Rakeman, director of the New York City Public Health Laboratory, said Tuesday the lack of a national testing strategy is contributing to the delay.

“We need a national testing strategy, so that the limited testing resources we have can be used effectively, so that testing turnaround times can be decreased, so that contact tracing can happen in real time, and so that COVID-19 patients and their contacts can isolate and transmission of the virus can be stopped,” she said during an Alliance for Health Policy Summit.

Dr. Peter Hotez of the Baylor College of Medicine suggested some of the reasons why Southern states like Texas and Florida are seeing increased deaths. “We had 34 deaths in the last 24 hours in not a very large county, so South Texas is just getting hit incredibly hard,” Hotez said Tuesday on CNN. “The hospitals are overwhelmed.”

He said many of the Hidalgo County victims are poor, Hispanic, working in jobs deemed essential and that they have to be at work to support their families.

“There are many stories across Texas and across the southern United States among Hispanic and Latinx communities just getting hammered, and we’re not really getting a full accounting of this,” Hotez said.

The US Navy said in a statement it was deploying some 70 medical personnel to support civilian hospitals in Texas.

Texas Gov. Greg Abbott, who previously pushed for one of the most aggressive reopenings, has more recently emphasized the importance of masks. He issued a mandate on face coverings earlier this month but has said there will not be another lockdown.

At least 27 states have now halted or rolled back reopening measures in response to soaring cases. In Louisiana, Gov. John Bel Edwards said the state will stay in phase 2 of reopening due to the increasing number of cases.

On Tuesday, Arizona reported 134 deaths from COVID-19 over the previous 24 hours, state data show. The highest number of deaths in a day was reported Saturday with 147.

The state, which has been experiencing a surge in cases, improved many of its metrics over the last week. Hospitalizations, ventilator use, and emergency room visits from those with the disease have all decreased from last week’s record levels, the data show.

In California, health officials reported more than 9,000 new cases on Tuesday after the governor shut down indoor operations for restaurants, movie theaters, wineries and closed down bars last week. Thirty counties on the state’s watch list were required to close indoor operations for fitness centers, salons and places of worship.

Meanwhile, the number of daily hospitalizations in Los Angeles County hit a new high for the fourth time in a week on Monday, said Dr. Barbara Ferrer, the county’s public health director.

California is expected to top New York in a few days as the state with the most cases, according to numbers reported by Johns Hopkins.

In Florida, the availability of intensive care unit beds statewide is 15.98%, according to the Agency for Healthcare Administration. On Monday, it was 18.1%. There are 54 hospitals in 27 Florida counties that have no ICU beds left.

Governor says children are ‘going to get over it’

In Miami, summer camps will close this week after at least three children contracted COVID-19, Mayor Francis Suarez announced during a news conference Tuesday. The closure will be effective this week.

States are now deciding what will happen next month, when students begin returning to school. Many districts across the country have announced they will start the year with online instruction.

“We know the risk is low to the actual students. But we know they can transmit to others … We need to take measures to make sure we protect those who are vulnerable either because they are older or they have chronic medical conditions.”

In Missouri, Gov. Mike Parson said Monday the state will move forward in-person instruction, saying students are the “least likely to have a problem” if they get infected.

But new research from South Korea reveals that children between the ages of 10 and 19 can transmit the virus just as much as adults can.

While the CDC is still studying the role children play in transmission, the agency recommends children socially distance at 6 feet apart from people they don’t live with and anyone 2 years and older wear masks in public when socially distancing is difficult.

COVID-19 vaccine could be ready by end of the year, official says

A COVID-19 vaccine developed by AstraZeneca could be available “any time from September onward” if all goes well in clinical trials, Mene Pangalos, an executive vice president at AstraZeneca, told the House Oversight subcommittee on Tuesday.

Pharmaceutical and biotechnology companies working to develop COVID-19 vaccines spoke about their researchers’ progress in Congress. Many said they are still on track to have a possible vaccine by the end of the year.

The president of Moderna said the company hopes to have a possible vaccine ready in the fall but other companies, including Johnson & Johnson and Merck appeared to have longer timelines. Representatives for those companies said in the hearing that their goals remain to deliver a COVID-19 vaccine next year if all goes well in trials.

Dr. Anthony Fauci, the nation’s top infectious disease expert, said people should not wait to a vaccinated when one become available.

“A vaccine will not be approved by the FDA unless it clearly shows that it’s safe and it’s effective,” Fauci told CNN’s Jake Tapper on Tuesday. “I would not wait to see if one is better than another.”

Correction: This story has been updated to give the most recent record for daily deaths reported in Arizona.