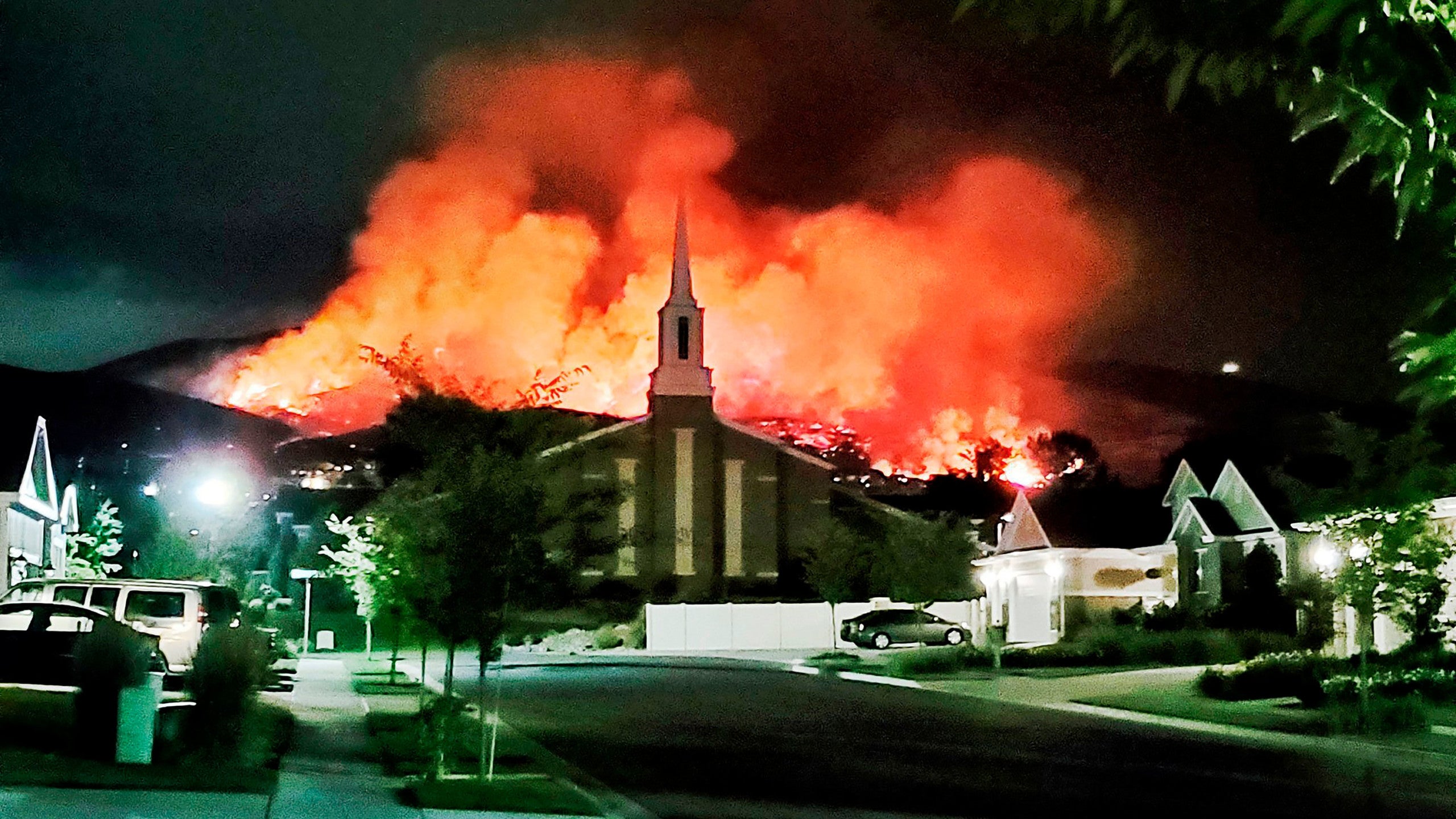 (CNN) — A wildfire threatening homes in Utah was sparked by someone setting off fireworks, Utah Fire Info said early Sunday.

The Traverse Fire was burning in the area of Traverse Mountain near the city of Lehi, fire officials said.

About 30 homes were already evacuated and evacuation orders are expanding, Utah Fire Info said. Evacuation centers are open to shelter those forced from their homes.

Multiple power outages are reported in the area of the fire, the Utah Division of Emergency Management said on Twitter.

Firefighters are making plans to bring in heavy equipment so they can begin constructing containment lines, fire officials said.

A suspect linked to the fireworks that ignited the wildfire is cooperating with law enforcement, officials said.

Fire officials noted on Twitter that the discharge of fireworks is prohibited in Utah except during certain time frames, including the Fourth of July and New Year’s Eve.