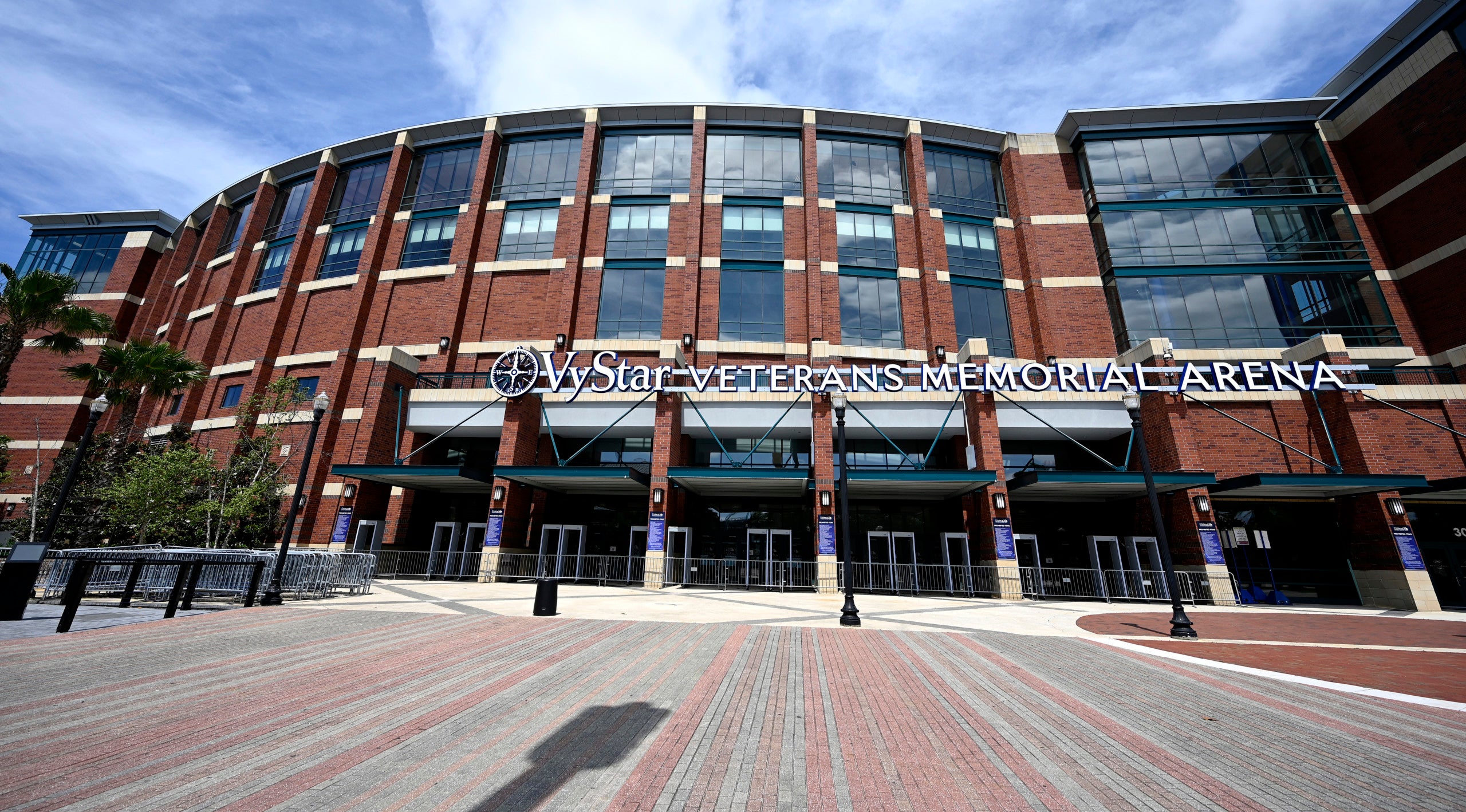 (CNN) — The city of Jacksonville said Monday that it would adopt a face mask requirement for public and indoor locations and where social distancing is not possible, less than two months before President Donald Trump is set to accept the Republican nomination in the Florida city.

The new mandate, which goes into effect at 5 p.m. ET on Monday, raises the possibility that attendees could be required to wear face masks at the GOP convention. It comes just weeks after Republicans announced that the President would make his speech in the city.

The convention is slated for August 24-27 in Jacksonville and Charlotte, North Carolina. The party moved parts of the convention out of Charlotte after Trump said the state’s Democratic governor was “unable to guarantee” that the arena where the convention was to be held could be filled to capacity. Gov. Roy Cooper maintained that the state of the pandemic would dictate whether Republicans were able to fully gather.

Cooper’s office said Trump had called the governor and insisted on a full convention with no face masks or social distancing, and that Cooper expressed concern and suggested a scaled-back event.

Trump is now set to accept the nomination at the city-owned VyStar Veterans Memorial Arena in Jacksonville, which holds 15,000 people. Republicans are obligated to hold some portion of the convention in Charlotte because of a contract the party signed, but the celebration will be held in Jacksonville.

“The RNC is committed to holding a safe convention that fully complies with local health regulations in place at the time,” Republican National Committee National Press Secretary Mandi Merritt said in a statement.

“The event is still two months away, and we are planning to offer health precautions including but not limited to temperature checks, available PPE, aggressive sanitizing protocols, and available Covid-19 testing,” Merritt said. “We have a great working relationship with local leadership in Jacksonville and the state of Florida, and we will continue to coordinate with them in the months ahead.”

White House press secretary Kayleigh McEnany said Monday that Trump, who has resisted wearing a mask in public, told her he “has no problem with masks.”

“It’s the personal choice of any individual as to whether to wear a mask or not,” McEnany said at a White House press briefing. “He encourages people to make whatever decision is best for their safety, but he did say to me he has no problem with masks and to do whatever your local jurisdiction requests of you.”

Trump did not wear a mask at his recent rally in Tulsa, Oklahoma, and did not require attendees of the event at the indoor arena to wear masks.

Jacksonville’s mandatory face mask requirement comes after a spike in coronavirus cases in the state. Florida reported 9,585 new cases Saturday, a single-day record. The next day, Florida’s Department of Health reported another 8,530 new cases. Beaches in Miami, Fort Lauderdale and Palm Beach will be closed forFourth of July weekend as officials keep a cautious eye on the rapidly rising number of new coronavirus cases in the state.

Florida Gov. Ron DeSantis was asked by CNN’s Natasha Chen on Sunday if he has assured Trump that the convention can take place, after DeSantis said residents should stay away from closed spaces, crowds and close contact — what he calls “the three C’s.”

DeSantis responded, “It’s a work in progress. We’re going to try to get to yes. … Obviously we’re in a dynamic situation.”

“I think we’ll be fine by that time — it’s a couple months away — and we look forward to seeing that.”