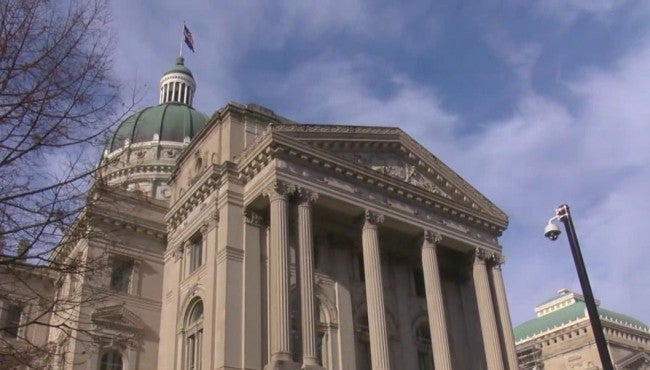 INDIANAPOLIS (WISH) – State lawmakers are working to attract filmmakers to central Indiana and they want the money they spend to come along with them. This year one state representative is proposing tax incentives as part of his bill to get the attention of filmmakers from across the country.

Indiana is one of 15 other states with no tax incentives for film production. Representative David Frizzell wants to change that and give production companies a rebate to get them to shoot their movies or TV shows in Indiana.

For the past several years, similar bills have been presented but have failed.  Rep. Frizzell is trying again but this year the bill is different than in years past. It avoids giving a tax credit but instead offers a tax rebate instead. There are two requirements written in the bill for production companies in order to be eligible for a tax rebate.

First, the movie or show must create jobs and second, some of the money must be spent inside the state. Productions can earn up to a 35 percent rebate on what they spend. The president of the Heartland Film Festival, Craig Prater, says it will do so much for the city.

“The perfect scenario is for a state to offer tax incentives, the filmmakers come in and produce and direct,” says Craig Prater. “They spend their money in the city because of it’s filling hotels, it’s contracting local vendors, its putting business in that particular city.”

“It used to be a tax credit,” said Rep. David Frizzell. “Now we’ve changed to a rebate. Tennesse has a rebate, we are looking at that model as well. They’ve had over $42 million in business. They’ve been very successful and with over 2,000 new jobs in the state of Tennessee. I want to see that come to Indiana.”

Frizzel also says since 2016 the state has lost over $100 million worth of potential business coming from film and TV production.  The bill has moved on to be heard in the Ways and Means Committee soon. It’s not currently on the agenda.