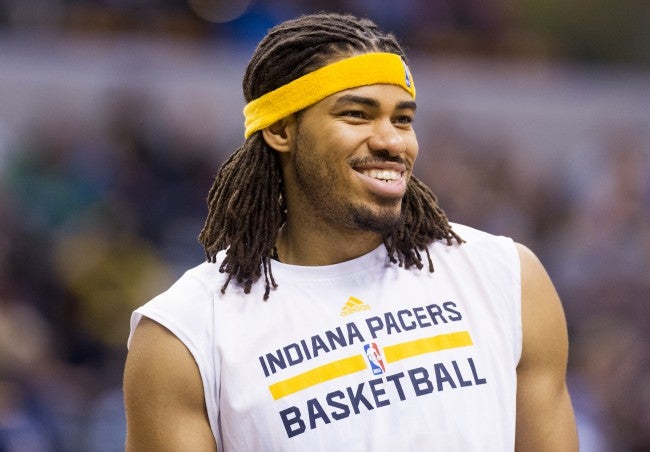 According to the New York Daily News, it happened during an argument at the 1 OAK club. Officials say Copeland was stabbed in the abdomen and his girlfriend was slashed in the arm and leg.

Police say Copeland’s attacker was arrested and that two Atlanta Hawks players were also apprehended for preventing police from setting up a crime scene.

According to the Daily News, the incident happened as Copeland and his girlfriend were leaving the club. Another woman was reportedly slashed in the abdomen amid the scuffle. All of the injured were transported to a local hospital in stable condition.

Twenty-two-year-old Shezoy Bleary was arrested following the incident. Charges against him are pending. The two members of the Hawks, Thabo Sefolosha and Pero Antic, were preliminarily charged with obstructing governmental administration.

The Pacers take on the Knicks Wednesday night in New York.

We are aware that Chris Copeland was injured early this morning in New York City. We are still gathering information and will update when we know more. Our thoughts are with Chris and those injured.”

The Pacers later released this statement:

Chris Copeland suffered a knife wound to his left elbow and abdomen this morning in New York City. He is currently in stable condition at a New York hospital. Updates will be provided as available.