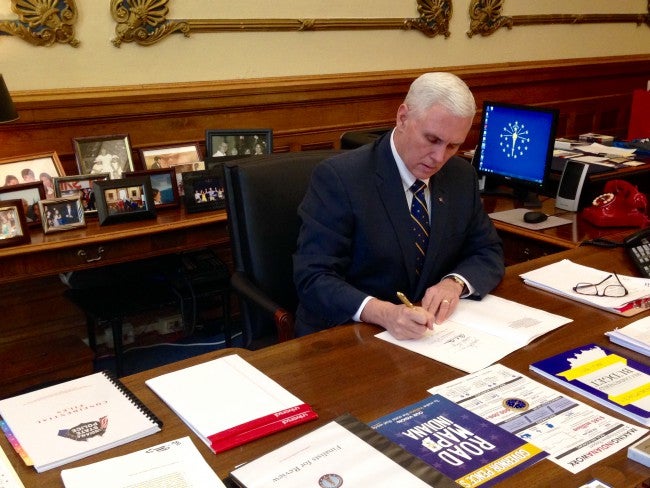 The testing window starts Wednesday and the Indiana House voted unanimously on Monday in favor of a bill that will cut the testing time from 12 hours to nine. The vote was 94-to-0.

The state Senate agreed to pass the bill 50 – 0. The bill went to the governor who signed the bill.

It approves changes called for by state school superintendent Glenda Ritz after the governor complained about the length of the test.

Pence issued a statement shortly after signing the SEA 62 bill into law.

“Hoosier students, teachers and parents can breathe easier now that this year’s ISTEP test will be significantly shortened. I commend the Indiana General Assembly for their unanimous support of this measure, and applaud the efforts of House Speaker Brian Bosma and Senate President Pro Tempore David Long in moving this legislation in time to impact this year’s ISTEP test. I also am grateful for the collaboration between our administration, the Superintendent and the Department of Education to achieve this reform. Our success in shortening the ISTEP test should reassure Hoosiers that we can accomplish much for our kids, teachers, and schools when we work together.”

“I would not agree that we need even nine hours of testing because I think that’s too much,” said Rep. Vernon Smith, D-Gary. “But this is a good step going in the right direction.”