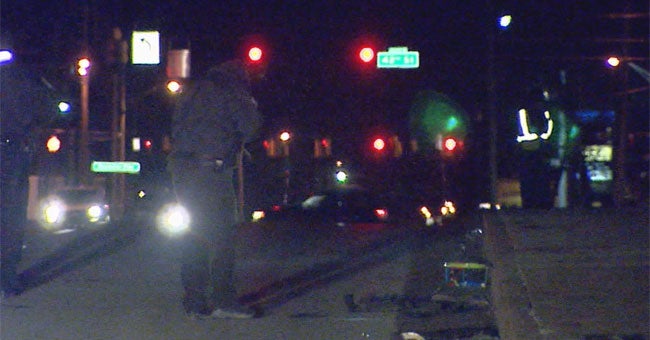 Earlier this week police identified the victim as James Ragland of Indianapolis. On Wednesday, a driver struck Ragland as he walked northbound in the 4000 block of Franklin Road. While Ragland suffered in the roadway, a second driver struck him.

Police have located a gold, Chrysler 300 they believe was involved in the incident. Detectives say the owner of the vehicle is cooperating with the investigation.

Investigators are still looking for a 1999-2001 Ford Explorer XLT, which is damaged on the front passenger side. Police say there would be heavy damage to the grill and passenger side fog lamp.

No arrests have been made in the case. Detectives continue to urge anyone with information to contact their office at 317-327-6549. Those who wish to remain anonymous can call Crime Stoppers at 262-TIPS (8477).