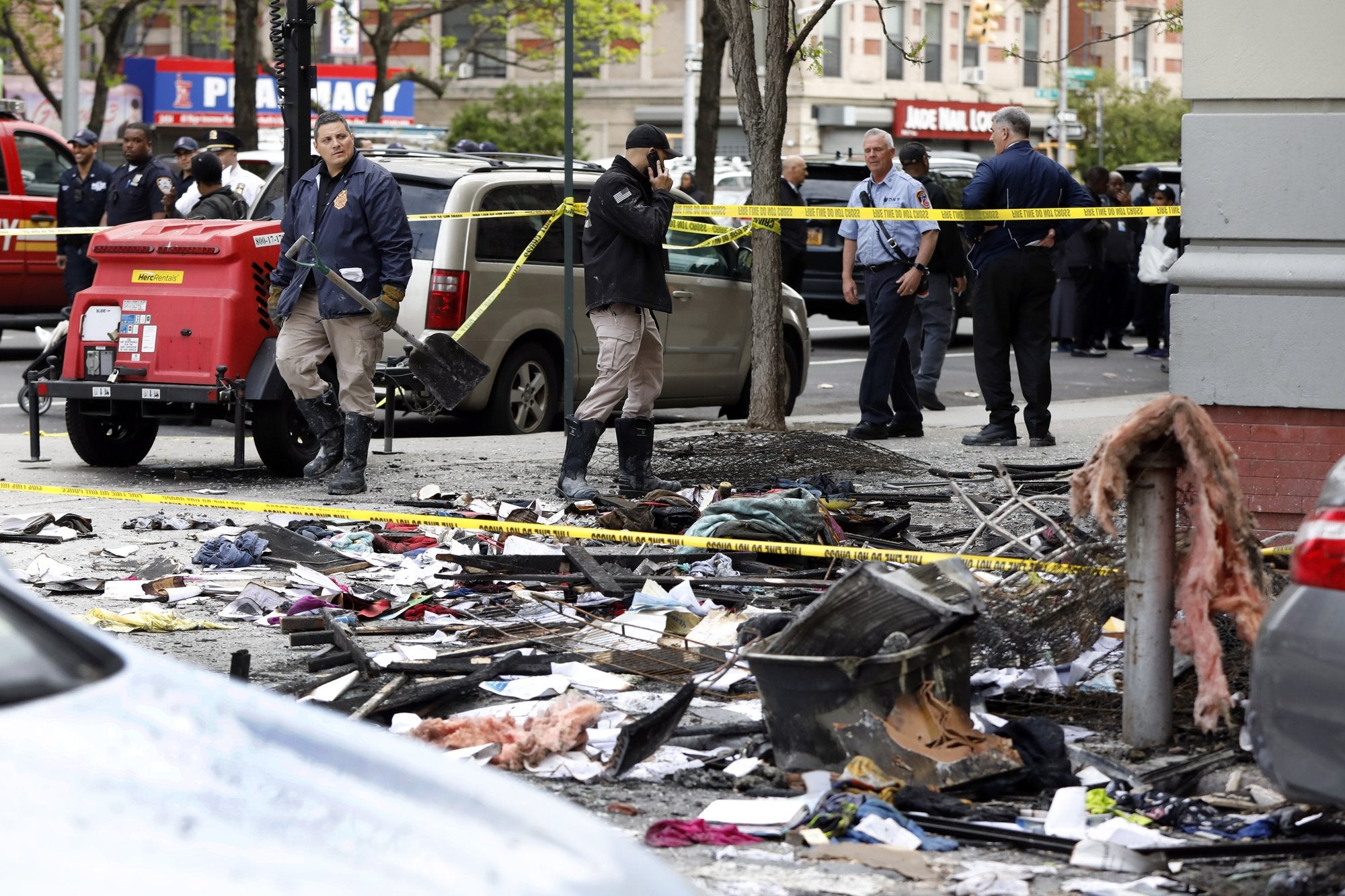 Firefighters, who were called at around 1:40 a.m., moved aggressively into the flames and thick smoke and found a man and a woman, as well as two girls and two boys ages 3 to 11, in bedrooms of the fifth-floor apartment, according to Fire Commissioner Daniel Nigro. The victims, all believed to be family members, were pronounced dead by emergency medical technicians.

Television reports showed neighbors standing in a circle and praying outside the Frederick E. Samuel Houses.

“As the fire was burning I was hearing one of the little girls screaming,” fourth-floor resident Eric Allen told the New York Post . “They were beautiful kids.”

Abdul Salaam, 25, told the Post that he saw the flames from the street and called 911.

“I heard glass breaking, kids yelling,” said Salaam. “They were clearly in fear for their lives.”

One resident said that he and his 75-year-old mother, who live on the fifth floor, fled down a fire escape.

“There was so much smoke you couldn’t even see,” Geraldo Morales told the Post. “The smoke — I got asthma — so it was like I was getting suffocated.”

Several people suffered minor injuries when the building was being evacuated.