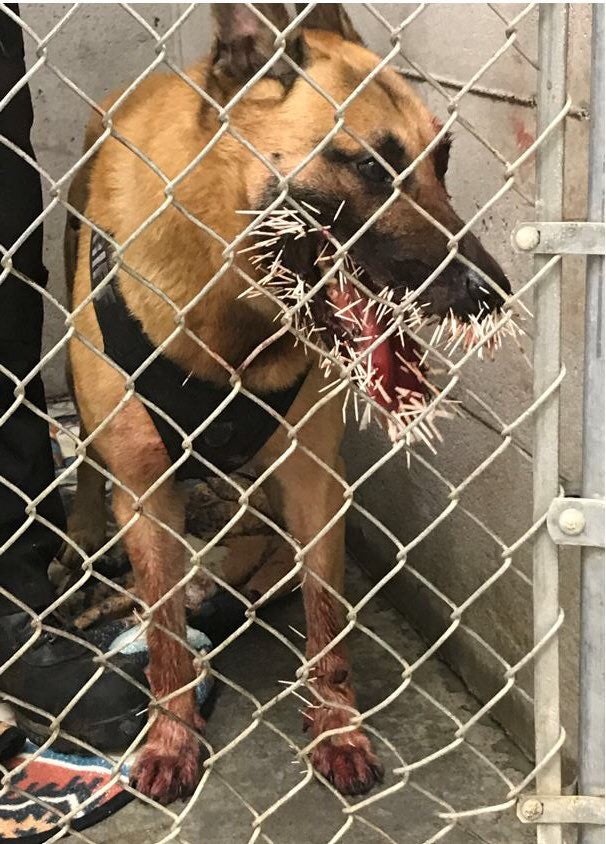 COOS BAY, Ore. (AP) — A police K-9 in Oregon is recovering after encountering a porcupine and getting stuck with over 200 quills.

The Coos County Sheriff’s Office on Monday said Odin was called to the scene to track a suspect on Saturday when the dog crossed paths with the porcupine. Photos showed the outcome, with several quills in Odin’s mouth and two near his left eye.

The search was suspended and Odin was taken to an animal hospital, where he was treated for over two hours.

Police are still seeking the suspect.