History of the women nominated for vice president 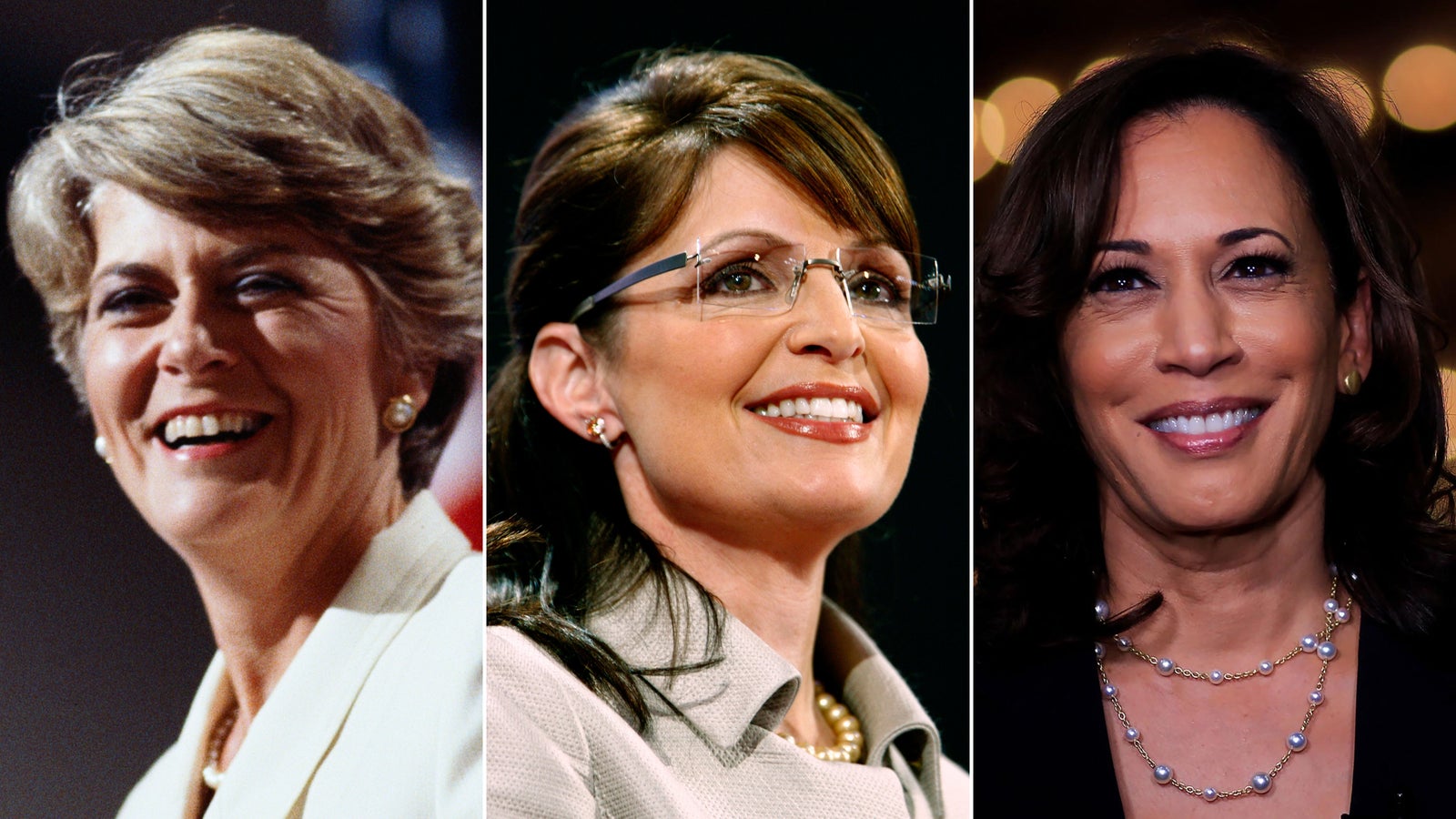 (CNN) — With Joe Biden selecting Kamala Harris, the senator from California becomes just the third woman to be selected as the vice president on a major party ticket and the first Black woman to be nominated.

Harris, a woman of Black and South Asian descent, ran for president in 2020 but ended her bid in December. She has been a senator since 2017, and was previously California’s attorney general.

Biden’s announcement on Tuesday came after months of speculation and after his vetting team looked at more than a dozen women. Biden pledged earlier this year to choose a woman as his vice president, and was under pressure to select a woman of color.

Next week at the Democratic National Convention, Harris will become the third woman to accept the nomination for vice president of a major party. In 2008, then-Alaska Gov. Sarah Palin was the Republican vice presidential nominee, and in 1984, then-Rep. Geraldine Ferraro of New York, a Democrat, was the first woman to be on a major party ticket.

In 2008, Palin was plucked out of obscurity by Sen. John McCain of Arizona to be on the Republican ticket, stunning those in the political world. Palin, a social conservative, was 44, had been governor of Alaska for less than two years and had almost no foreign policy experience. She was chosen the same year Biden was selected as Barack Obama’s running mate.

Palin started her political career when she was elected to the city council of Wasilla, Alaska, in 1992. She later became mayor of Wasilla, which had a population of more than 5,000 at the time. She ran unsuccessfully for state lieutenant governor in 2002, and was later appointed chairwoman of Alaska’s Oil and Gas Conservation Commission, which regulates oil and gas resources.

In 2006, Palin defeated incumbent Gov. Frank Murkowski in the Republican primary and went on to defeat former Gov. Tony Knowles in the general election. She became the youngest person and first woman elected governor of Alaska.

Palin, a self-described “hockey mom,” joked in her fiery acceptance speech at the Republican National Convention in 2008, “You know the difference between a hockey mom and a pit bull? Lipstick.” Her speech, an instant success, propelled her onto the national stage and made her an overnight celebrity.

After a flurry of national attention, Palin began receiving heightened scrutiny and criticism. About $150,000 was spent on her wardrobe after McCain announced her as his pick, which drew questions about her image among working-class voters. Palin also had a series of missteps and gaffes in media interviews.

She said in an interview that one could see Russia from land in Alaska, and that moment was re-created on NBC’s “Saturday Night Live” by comedian Tina Fey, who delivered the infamous line, “I can see Russia from my house!” while in character. Palin was also mocked by some after not naming a newspaper or magazine that she reads regularly when pressed by CBS’ Katie Couric.

Following McCain and Palin’s loss, Palin announced in 2009 that she would step down as governor of Alaska. She was the keynote speaker at the first national tea party convention in Nashville in 2010. She became a political commentator on Fox News, and starred in reality TV shows about her and her family. Palin remained open to a 2012 White House bid but announced in late 2011 that she would not run.

Ferraro grew up in New York City and worked as a public school teacher and then a lawyer. In the 1970s, she joined the Queens County District Attorney’s Office and later led a new special victims bureau she helped form that dealt with sex crimes, child abuse and domestic violence.

In 1978, Ferraro was elected to the US House of Representatives. While in Congress, she focused on legislation fighting for economic equality for women.

When Walter Mondale, who had served as vice president under President Jimmy Carter, chose Ferraro to be his running mate, she became not only the first woman on a major party ticket, but also the first Italian American.

Ferraro was a dynamic presence on the campaign trail and her nomination energized Democrats at the national party convention. But during the campaign she faced damaging questions about alleged financial misconduct by her husband, John Zaccaro.

Ultimately, the ticket did not garner enough widespread support and Mondale and Ferraro were defeated in a landslide by incumbent President Ronald Reagan and Vice President George H.W. Bush.

Ferraro ran unsuccessfully for the US Senate in 1992 and 1998, both times losing the Democratic primary in New York. She served as the ambassador to the United Nations Commission on Human Rights during President Bill Clinton’s administration. In 1996 and 1997, she was a co-host of CNN’s “Crossfire,” and later appeared as a commentator on Fox News.

Ferraro died at age 75 in 2011 while she was being treated for blood cancer.