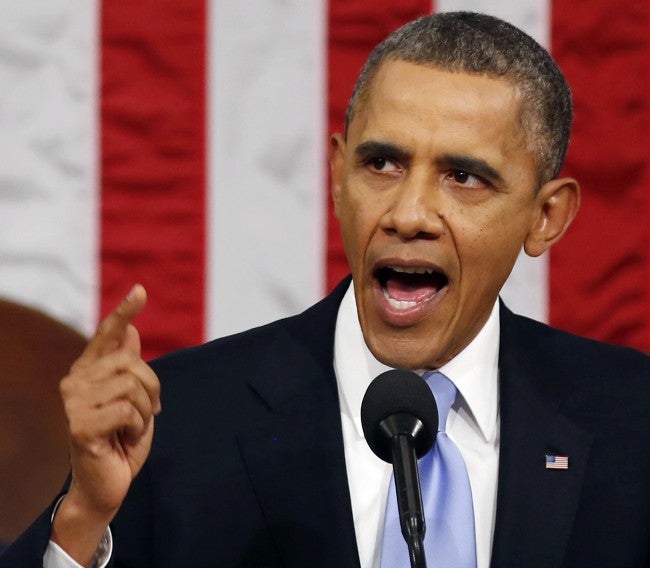 You can expect a sales pitch for his plan to provide two years of tuition-free community college for some students.

It’s a tough sell both on Capitol Hill and here in Indiana. There is already a similar proposal in the Indiana General Assembly and it’s going nowhere.

On most of his visits to Indiana, Obama has come to manufacturing facilities. It was a steel plant in Princeton on his last stop in Indiana and Allison Transmissions when he last came to Indianapolis.

But now he’s talking about education and a proposal he rolled out last month.

“America’s college promise will make two years of community college free for responsible students,” the president said, “who are willing to work for it.”

State Democratic Chairman John Zody says there is no better place to do that than Ivy Tech.

“Affordable education is something that Ivy Tech has championed for years,” said Zody, “and I think the president will come here and do the same.”

Yet the president’s idea is already being floated on the state level where state Representative Terri Austin has filed a bill that is unlikely to receive a hearing in the Indiana House Education Committee.

She wants community college scholarships of $4,000 a year for responsible students.

“The money comes to pay for this from evenly split between gaming revenues, the state’s $2 billion surplus and the state’s general fund,” she said.

Committee chairman Bob Behning is reluctant to hear the proposal and he also has doubts about the president’s plan to fund community college tuition on the federal level.

“But that’s maybe the biggest issue I would have,” said Rep. Behning, “is how are we going to pay for it? Nothing in this world’s free.”

Friday we find out if the president can change anyone’s mind.

Politics is clearly a factor in all of this as Republicans try to block Democratic proposals.

But while Terri Austin is a Democrat, both her proposal and the President’s are patterned after one now in effect in Tennessee where a Republican governor came up with the idea.