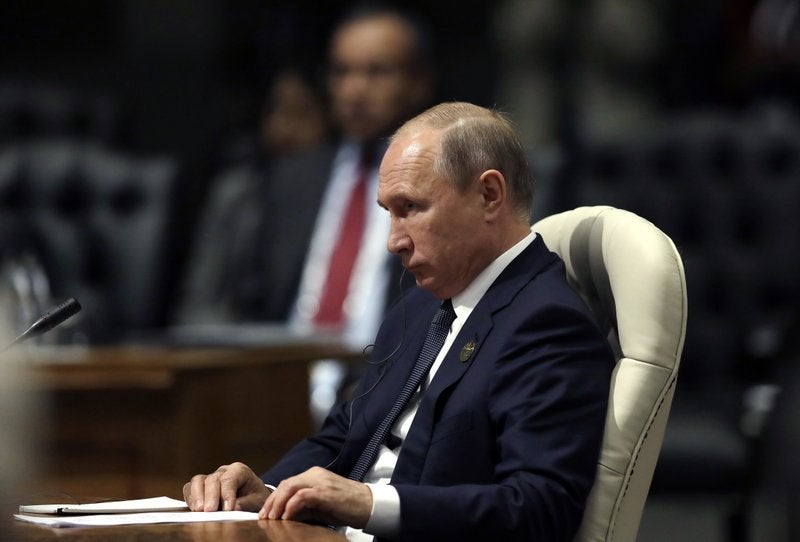 Putin’s comments at a briefing at the summit of BRICS countries’ leaders in Johannesburg, South Africa, followed the White House backing away from Trump’s suggestions that Putin could visit Washington this autumn, following their meeting at this month’s summit in Helsinki. Trump was widely criticized at home for appearing to have accepted Putin’s claim in Helsinki that Russia did not meddle in the 2016 US elections.

National security adviser John Bolton later said that no Putin-Trump meeting would take place until the special prosecutor’s investigation into possible collusion between Trump and Russia was concluded, which would push the meeting back to 2019.

“I understand very well what President Trump said: He has the wish to conduct further meetings. I am ready for this,” Putin said, according to the state news agency RIA-Novosti.

“We are ready to invite President Trump to Moscow. By the way, he has such an invitation, I told him of this,” Putin said, without clarifying if it was a verbal invitation to be followed up by a formal one.

“I am prepared to go to Washington, but, I repeat, if the appropriate conditions for work are created,” the Russian leader said.