Rare cardinal spotted in Texas has both female and male features 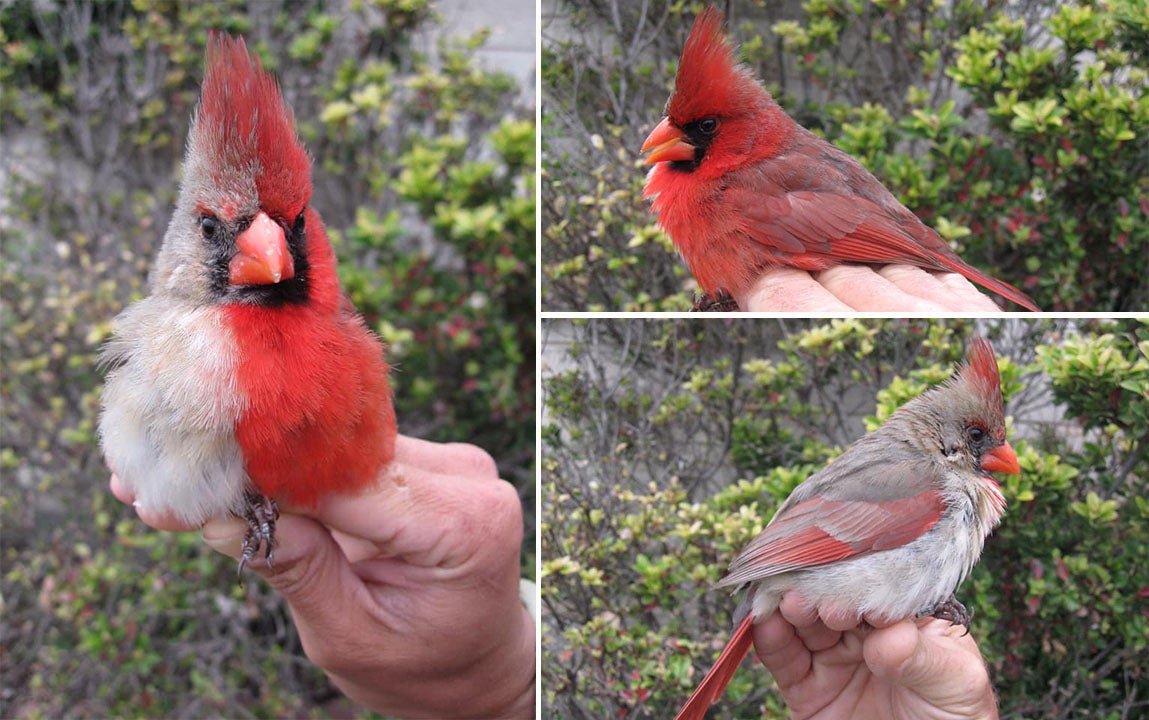 (WISH) — A rare bird has been spotted in central Texas and is taking the internet by storm.

The Inland Bird Banding Association posted three photos of a northern cardinal to its official Facebook page last month that has people taking a second look.

One side of the bird features vibrant red feathers, standard with the plumage of a male northern cardinal. The other side consists of coloring found in female cardinals.

According to IBBA, the bird shows apparent bilateral gynandromorphism, which is an abnormality that causes it to have both male and female plumage. Birds that have the abnormality also have both an ovary and a testis.

The rare find has left Facebook users worldwide in awe with some calling the bird “breathtakingly beautiful” and “fascinating.”