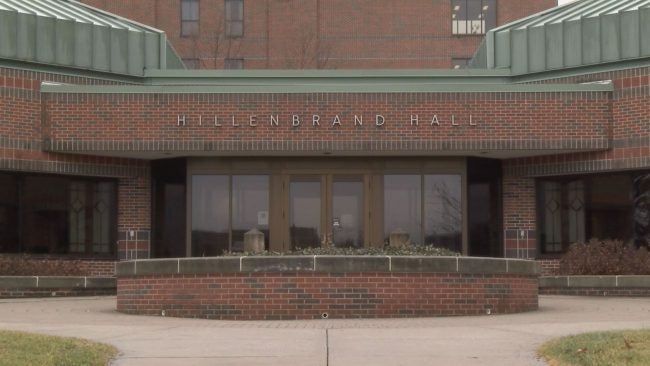 Although Tippecanoe County Coroner Donna Avolt said no foul play is suspected, students still want to know what led to his death.

Hockridge was shocked to hear about the death of a fellow Purdue student. He said he first heard the news the night the body was discovered.

“My friends were listening on the police radios, they heard the code meaning fatality,” Hockridge explained.

Purdue officials said just after 10 p.m. Tuesday, resident assistants were walking through Hillenbrand to make sure everyone had left the building during the fire drill. One of the RAs discovered a locked room and made entry to check if anyone was inside. That’s when a male student was found in the first floor room.

The RA first thought the student was passed out on the floor, and called the Purdue University Police Department. But when first responders arrived, they determined the man was dead.

“I guess, I’m worried a little bit,” said Miller. “I’m just so in the dark that I don’t know very much.”

The victim’s identity, and the cause and manner of death have not been released. Avolt said an autopsy has been completed.

“There’s been such little knowledge of what’s happening, I think, between the general public and the University that there hasn’t been much talk about it,” added Hockridge. “There’s been very little.”

Avolt has ruled out suicide as a manner of death. The investigation is ongoing.