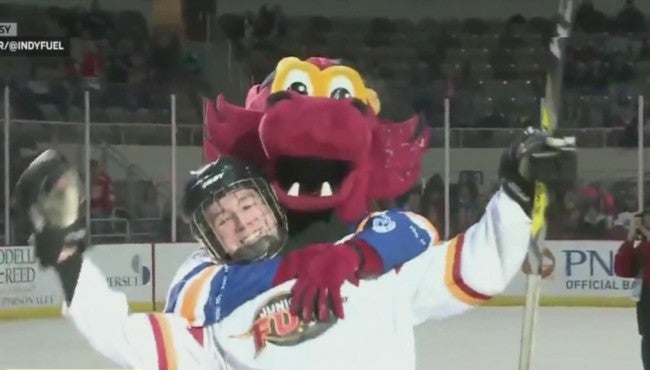 It happened Friday night at the Indy Fuel game.

Mac Perkins, the captain of the 16-U Junior Fuel team, played “Shoot the Puck” during a break between periods.

Perkins managed to get the puck in a small square in the center — the first time anyone has made the shot in three-and-a-half years.

Indy Fuel tweeted out the video of the shot saying, “Yes, a puck can fit through the center hole.”