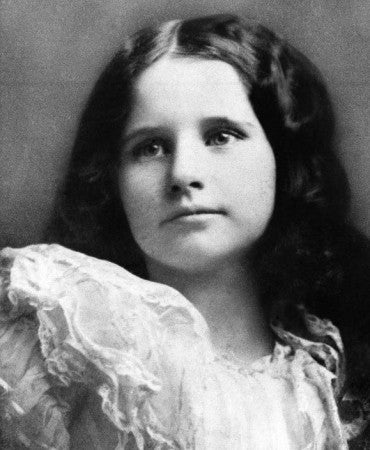 On September 21, 1897, the New York Sun ran its famous editorial, written anonymously by Francis P. Church, which declared, “Yes, Virginia, there is a Santa Claus.”

In 1792, the French National Convention voted to abolish the monarchy.

In 1893, one of America’s first horseless carriages was taken for a short test drive in Springfield, Massachusetts, by Frank Duryea, who had designed the vehicle with his brother, Charles.

In 1925, the Rudolf Friml operetta “The Vagabond King” opened on Broadway.

In 1938, a hurricane struck parts of New York and New England, causing widespread damage and claiming some 700 lives.

In 1948, Milton Berle made his debut as permanent host of “The Texaco Star Theater” on NBC-TV.

In 1964, Malta gained independence from Britain.

In 1970, “NFL Monday Night Football” made its debut on ABC-TV as the Cleveland Browns defeated the visiting New York Jets, 31-21.

In 1989, Hurricane Hugo crashed into Charleston, South Carolina (the storm was blamed for 56 deaths in the Caribbean and 29 in the United States). Twenty-one students in Alton, Texas, died when their school bus, hit by a soft-drink delivery truck, careened into a water-filled pit.

Ten years ago: Hurricane Rita swirled toward the Gulf Coast as a Category 5, 165-mph monster as more than 1.3 million people in Texas and Louisiana were evacuated. A JetBlue Airbus circled Southern California for hours, crippled by a faulty landing gear, while the passengers were able to watch the drama unfold on live television; the plane landed safely at Los Angeles International Airport. Japan’s Parliament re-elected Junichiro Koizumi prime minister. Former National Organization for Women president Molly Yard died in Pittsburgh at age 93.

Five years ago: The mayor and ex-city manager of the Los Angeles suburb of Bell were among eight current and former city officials arrested in a corruption scandal that authorities said cost the blue-collar city more than $5.5 million in excessive salaries and illegal personal loans. Two men filed a lawsuit accusing Atlanta megachurch pastor Bishop Eddie Long of coercing them into sexual relationships when they were teenage members of his congregation. (Long, who denied the allegations, later reached out-of-court settlements with them and two other men.)

One year ago: Thousands of demonstrators filled the streets of Manhattan and cities around the world to urge policy makers to take action on climate change. A SpaceX cargo ship rocketed toward the International Space Station, carrying the first 3-D printer for astronauts in orbit. NASA’s Maven spacecraft arrived at Mars after a 442 million-mile journey that began nearly a year earlier. Pope Francis briefly visited Albania, where he called for Muslims and all religious leaders to condemn Islamic extremists who “perverted” religion to justify violence. Ending months of vote-related tension, Afghanistan’s election commission named Ashraf Ghani Ahmadzai the country’s new president.