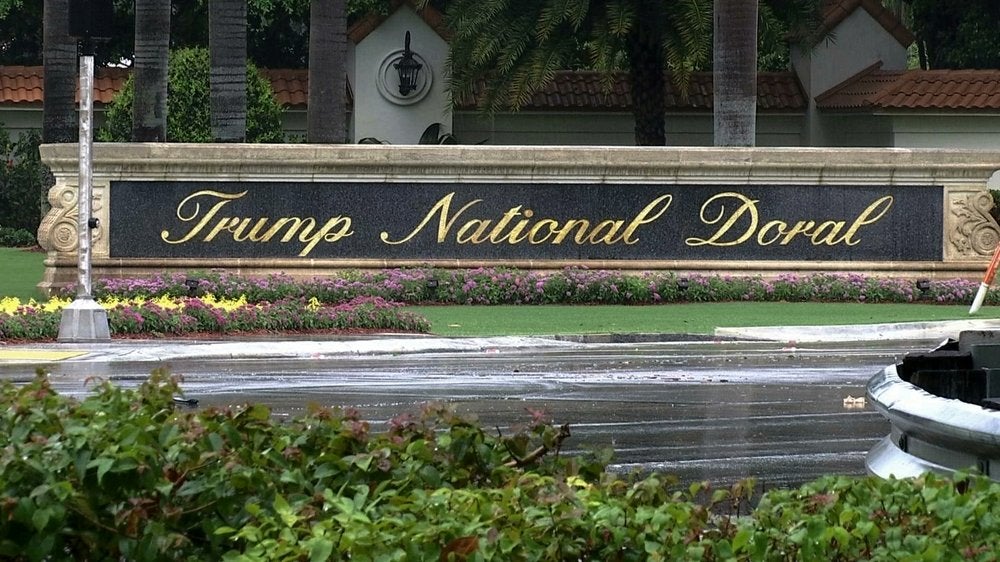 WASHINGTON (AP) — President Donald Trump says he is reversing his plan to hold the next Group of Seven world leaders’ meeting at his Doral, Florida, golf resort.

Accused of using the presidency to enrich himself, Trump announced a rare backtrack on Twitter on Saturday night.

He writes that, “based on both Media & Democrat Crazed and Irrational Hostility, we will no longer consider Trump National Doral, Miami, as the Host Site for the G-7 in 2020.” He says his administration “will begin the search for another site, including the possibility of Camp David, immediately.”

The president’s acting chief of staff, Mick Mulavey, held a press conference Thursday announcing the choice of Doral for the summit. He insisted his staff had concluded it was “far and away the best physical facility.”