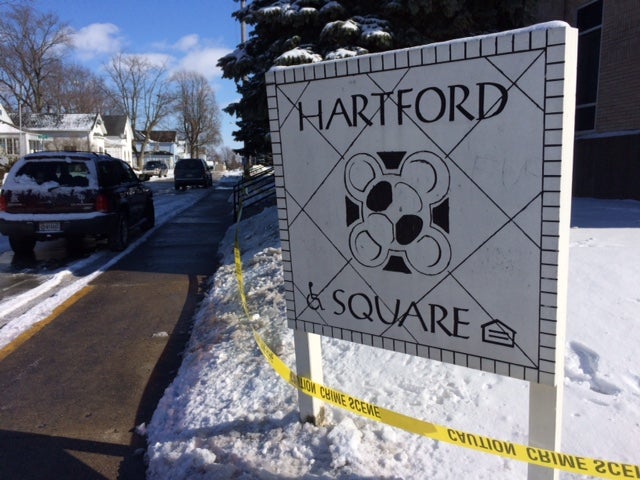 Hartford City Police Department officials reported to the 200 block of East Chestnut Street at approximately 9:15 a.m. on Feb. 5, on the report of a possible shooting.

The Hartford City Police Chief said the male victim was found in the parking lot and a teenage girl was found inside unite number 14 on the second floor.

“They both appeared to have a single gunshot wound to the head. We do believe they were targeted, his was not a random crime and there could be multiple persons of interest,” said the police chief.

Police reported that two victims, a father and his teenage daughter, were pronounced deceased at the scene.

Officials have confirmed that one person of interest was apprehended after someone saw him riding a bicycle near the apartment complex where the shooting occurred. However, they are searching for others who might be involved.

Monterius Sharp lives next door to the two victims.

Sharp says, “[The girl] was only 14 years old. She was so nice. I would see her coming and going with her dad Shane. I don’t know why anyone would want to kill them. I hope their family gets answers and justice.”

The victims’ identities have not been released. An autopsy is pending for Friday.

Anyone with information regarding this investigation, please contact the Blackford County Sheriff’s office at 765-348-0930.