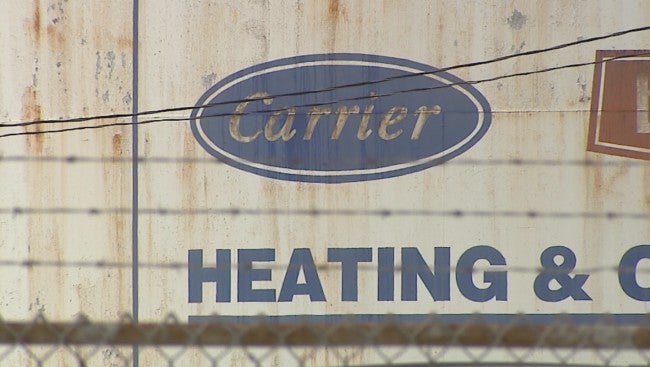 INDIANAPOLIS (WISH) – The president of the local United Steelworkers Union said he is fighting to convince Carrier to stay in Indianapolis. The heating and air conditioning company announced Wednesday they plan to move to their Indianapolis manufacturing operation to Mexico.

Local 1999 president Chuck Jones said he’s not optimistic, but a Carrier spokesperson said the move is “subject to discussions with local union representatives.”

Jones said he is reaching out to state leaders to see if any tax breaks can be offered to keep Carrier.

“The company picked a fight, we’re in the fight,” Jones said. “We’re going to do everything we can to try to keep those jobs here and we’re not going to roll over quietly.”

Employees at the Hot Stylz barber shop are rooting for Jones. The shop is across the street from the plant, and owner Mike Wardlow said 20 to 30 percent of his customers are Carrier employees.

“We’re going to just get out there and grind a little harder and do what we can do to accumulate more clients,” Wardlow said.

“The bad thing about it is, in manufacturing, there’s just not a lot of jobs nowadays,” Jones said. “They could find a job, but it might be working at McDonald’s and the Burger King in order to make half as much as they’re currently making.”

Carrier plans to start the move next year and complete it by 2019. Company leaders say the move to Mexico will be cost effective.