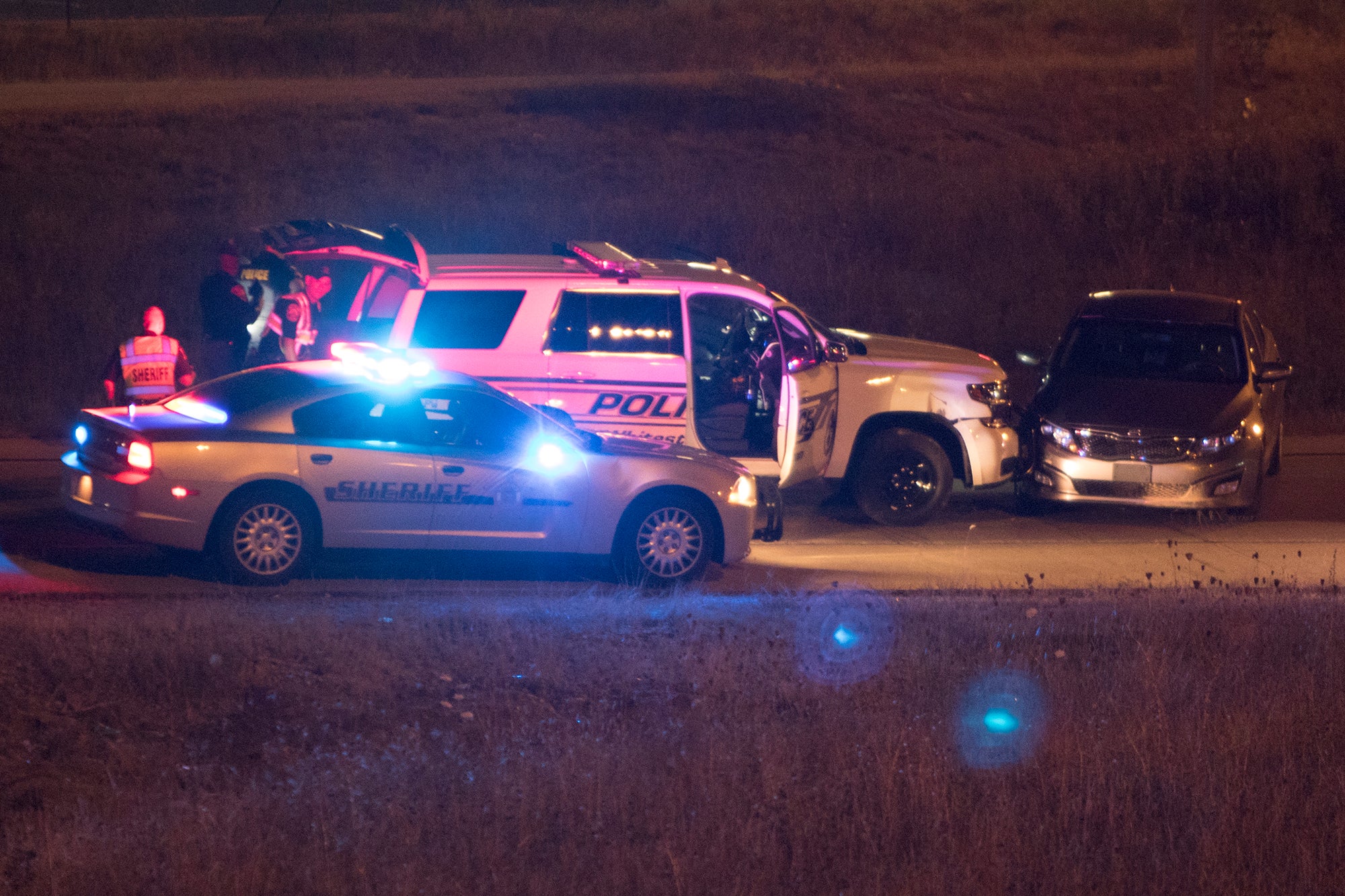 The pursuit started in Whitestown just around 2 a.m. and ended with a crash at Interstate 465 and 38th Street. One officer had minor injuries.

Police said security at a Whitestown Meijer spotted a suspect known and wanted for theft. Security called police and when officers arrived, the suspect drove off. Officers tried to pull him over, but the suspect kept driving. Boone County officials said the chase reached speeds of 140 miles per hour.

The car chase ended when the suspect jumped out of his car near I-465 and 38th Street. Dennis Anderson, the Whitestown police chief, said the suspect let his car continue speeding down the exit ramp with no one in it. Another officer had to act quickly to stop the car.

“Our officer left the roadway, crossed over to the southbound exit ramp off of 38th Street and made contact with the vehicle in the exit ramp – just as it was starting to overtake a Boone County deputy who had fled his vehicle on foot in pursuit of the suspect,” said Anderson.

Officers got the suspect in custody and then crews took him to Sidney & Lois Eskenazi Hospital for minor injuries. He has been identified by police as 31-year-old Ryan Walker from Gary. He was booked into the Boone County Jail on preliminary charges of theft, resisting/fleeing law enforcement, reckless driving and two warrants out of Hendricks County.

One Whitestown officer hurt his back during this chase. That officer was taken to IU Health Methodist Hospital, but Anderson said he was expected to be OK.