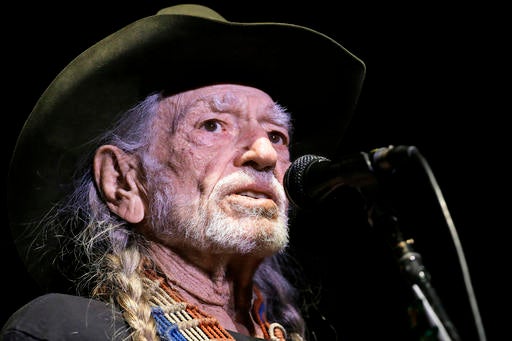 FILE - In this Jan. 7, 2017 file photo, Willie Nelson performs in Nashville, Tenn. Nelson has postponed three California shows because of illness. Publicist Elaine Schock tells The Associated Press that Nelson will have to miss his three-night stint that had been scheduled for Monday Feb. 6, 2017, Tuesday, Feb. 7, and Wednesday, Feb. 8, at Buck Owens' Crystal Palace in Bakersfield, Calif. (AP Photo/Mark Humphrey, File)
by:
Posted: Aug 8, 2019 / 04:57 AM EST / Updated: Aug 8, 2019 / 04:57 AM EST

AUSTIN (KXAN) — Singer and songwriter Willie Nelson has canceled the rest of his 2019 tour due to a “breathing problem.”

He tweeted out the news late Wednesday night.

To my fans, I’m sorry to cancel my tour, but I have a breathing problem that I need to have my doctor check out. I’ll be back Love, Willie

This isn’t the first time the musician has canceled shows due to a breathing problem. Nelson canceled 2018 dates due to an illness.

That illness continued with flu-like symptoms.

The 2019 “Club Luck Tour” was set to run the rest of the year into November.

Nelson tweeted that he will have a doctor check out the problem and said “I’ll be back.”