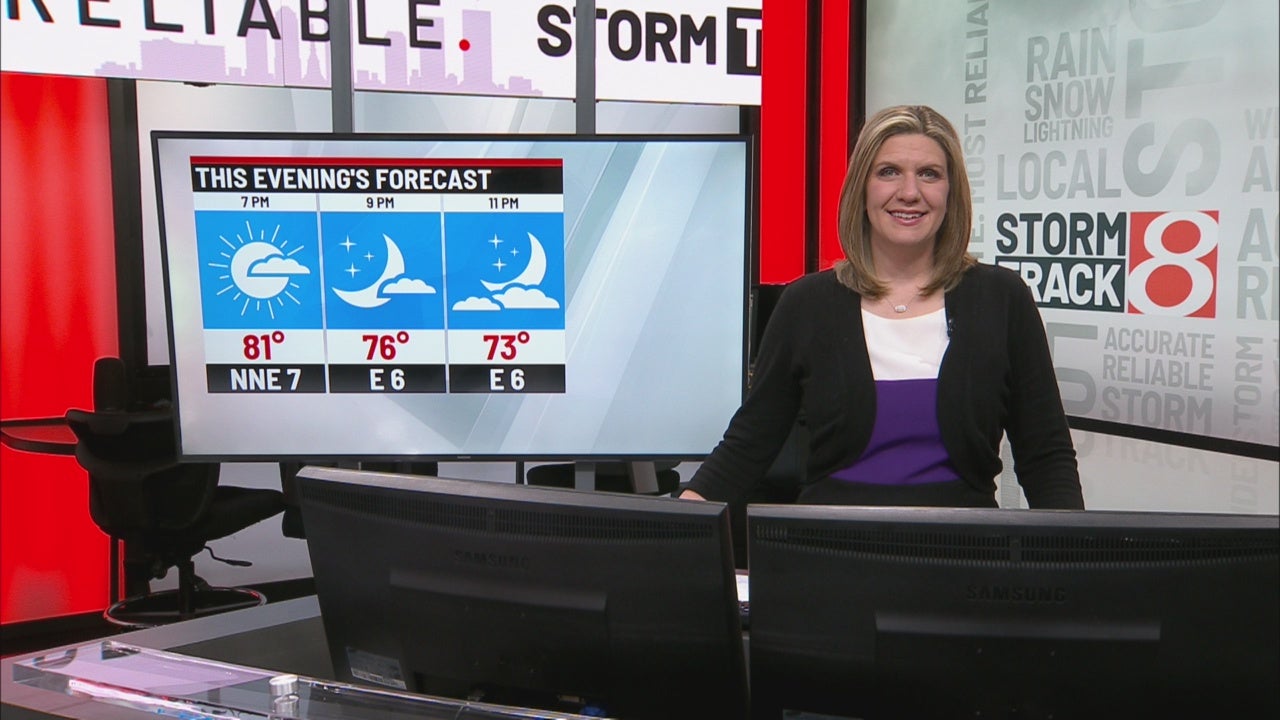 INDIANAPOLIS (WISH)– We’re in store for a great evening! Lots of sunshine and temperatures falling into the 70s.

MONDAY: The heat and humidity return just in time for the new work week. Highs climb into the lower 90s for much of central Indiana. It’s going to be very humid too with feels like temperatures into the lower 90s. There’s a slight chance we may see a few showers develop in the afternoon.

8 DAY FORECAST: Tuesday brings a better chance for scattered showers and thunderstorms. Highs stay in the upper 80s. Temperatures drop a little for the middle part of the work week. It looks like we’ll see several dry days for the end of next week.