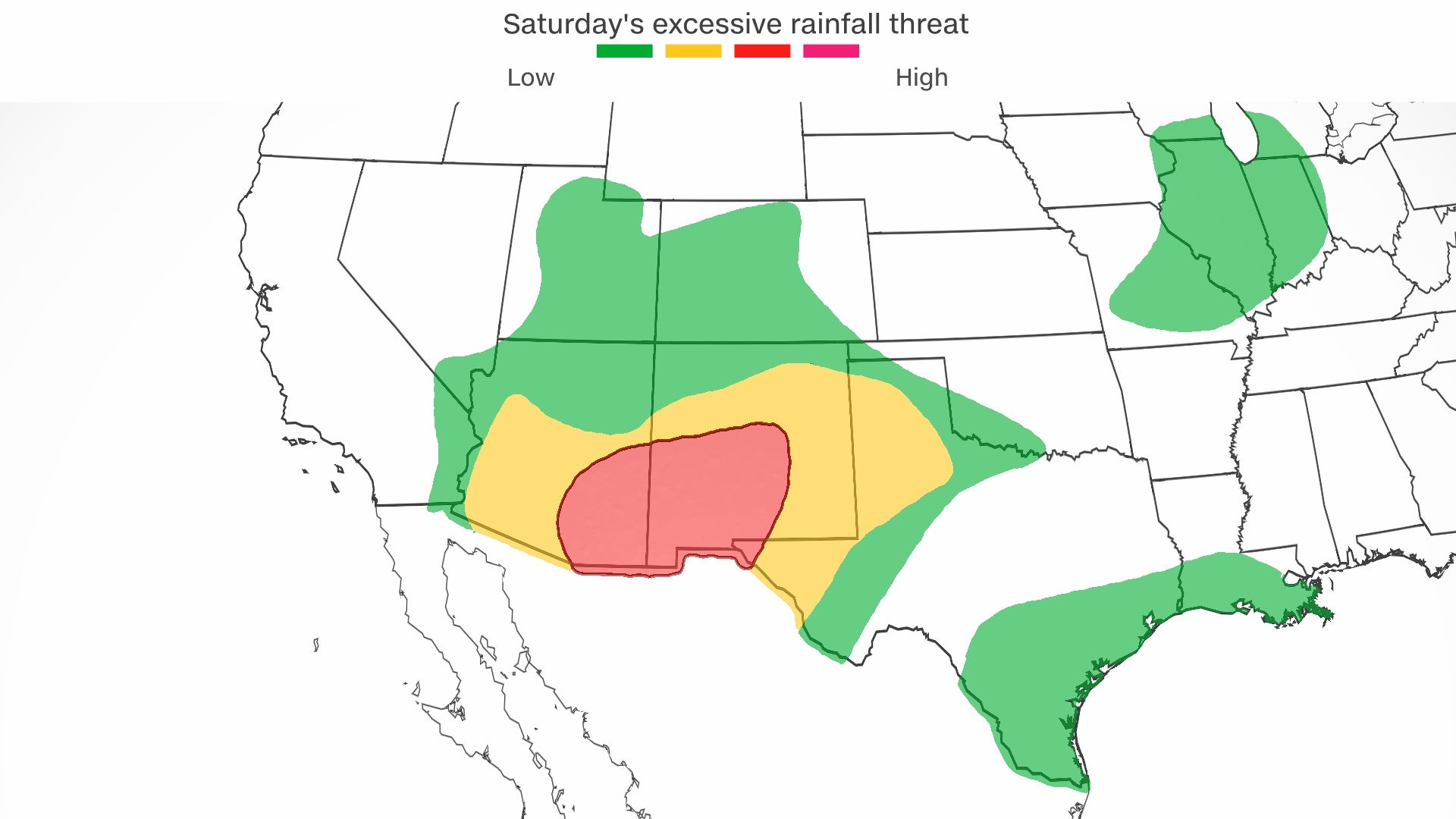 “The stage is set for southern Arizona and New Mexico to potentially receive prolific rainfall and widespread flash flooding today,” as a low-pressure system brings moist, tropical air to the Southwest in the form of heavy rain and thunderstorms to add to the already active monsoon season across the region, the Weather Prediction Center said early Saturday morning.

Widespread rainfall totals of 2 to 3 inches, with locally higher totals of 5 to 7 inches, are forecast across the region — leading the WPC to issue a level 3 out of 4 “moderate” risk for excessive rainfall ahead of the wet forecast. That could mean widespread flash flooding across the Southwest.

On Saturday, a search and rescue operation for a missing person continued at Zion National Park in Utah following a flash flood on the Virgin River, according to a tweet from the national park.

Rangers were alerted about hikers being “swept off their feet” near the Temple of Sinawava on Friday afternoon, according to Zion National Park spokesman Jonathan Shafer. Some hikers have been located.

“Park rangers found an injured hiker who had been pulled downstream several hundred yards,” Shafer said. The injured hiker was taken to a hospital, according to Shafer. The hiker’s condition is not known.

The flash flood at Zion National Park is associated with rain from the same system affecting the Southwest this weekend.

See if rain is expected where you live right here >>>

“Urban locations in addition to areas of complex terrain, slot canyons, arroyos, and burn scars are especially vulnerable for flash flooding and can quickly turn into very dangerous situations,” the WPC said on Saturday.

The plume of moisture and heavy rainfall is expected to move into northern Texas beginning Sunday into Monday — where a level 2 out of 4 “slight risk” for excessive rainfall has been issued. Rainfall nearing 2 to 3 inches per hour is possible, according to the WPC.

“Urban areas will be the most vulnerable to flooding for the period even with the extremely dry, drought conditions.”

Potential Tropical Cyclone Four has formed over the western Gulf of Mexico, with sustained winds of 35 mph, according to an 11 a.m. update from the National Hurricane Center. It was located about 165 miles south-southeast of the mouth of the Rio Grande.

The hurricane center uses the potential tropical cyclone designation to issue warnings for a system prior to it actually being named.

The system is expected to reach the coast of northeastern Mexico late Saturday afternoon, pushing inland through Sunday.

There is still uncertainty about whether the system will strengthen enough to become a named storm before landfall. If it does, it will be named Danielle.

An 11 a.m. National Hurricane Center advisory said “the chances of the disturbance [Potential Tropical Cyclone Four] becoming a tropical cyclone appear to be decreasing.” The storm is located close to the coast and may not have enough time to strengthen before moving inland.

PTC Four still remains disorganized over the Gulf of Mexico and does not have a defined center at or near the surface, according to recent data from the Air Force Hurricane Hunters.

Still, heavy rain of 1 to 3 inches, with isolated totals up to 5 inches, is forecast across portions of Texas and Mexico over the next 48 hours — which could lead to localized areas of flash flooding.

“Regardless of the system’s status, the overall impacts are expected to be the same,” the NHC said. “Winds to tropical storm force and heavy rains are expected to spread across northeastern Mexico and southern Texas later today and continue into Sunday.”

The system is forecast to quickly weaken after it moves inland and eventually dissipate by Sunday night over southern Texas. 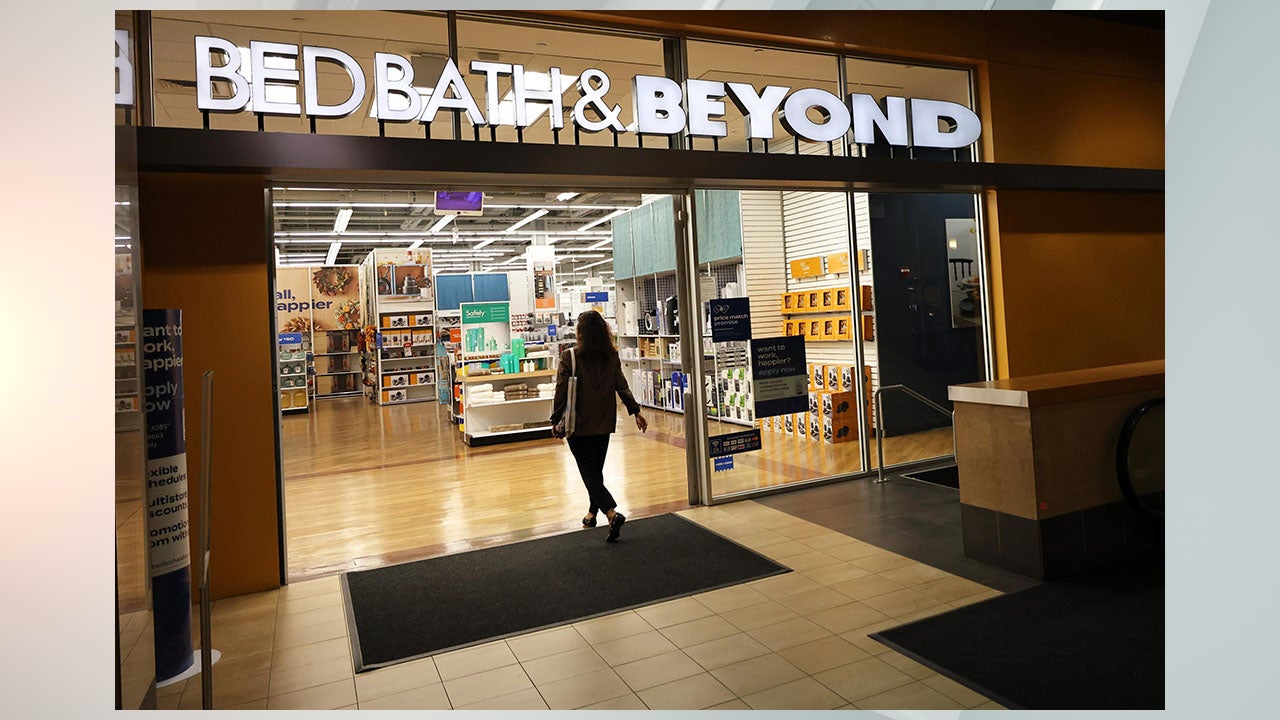 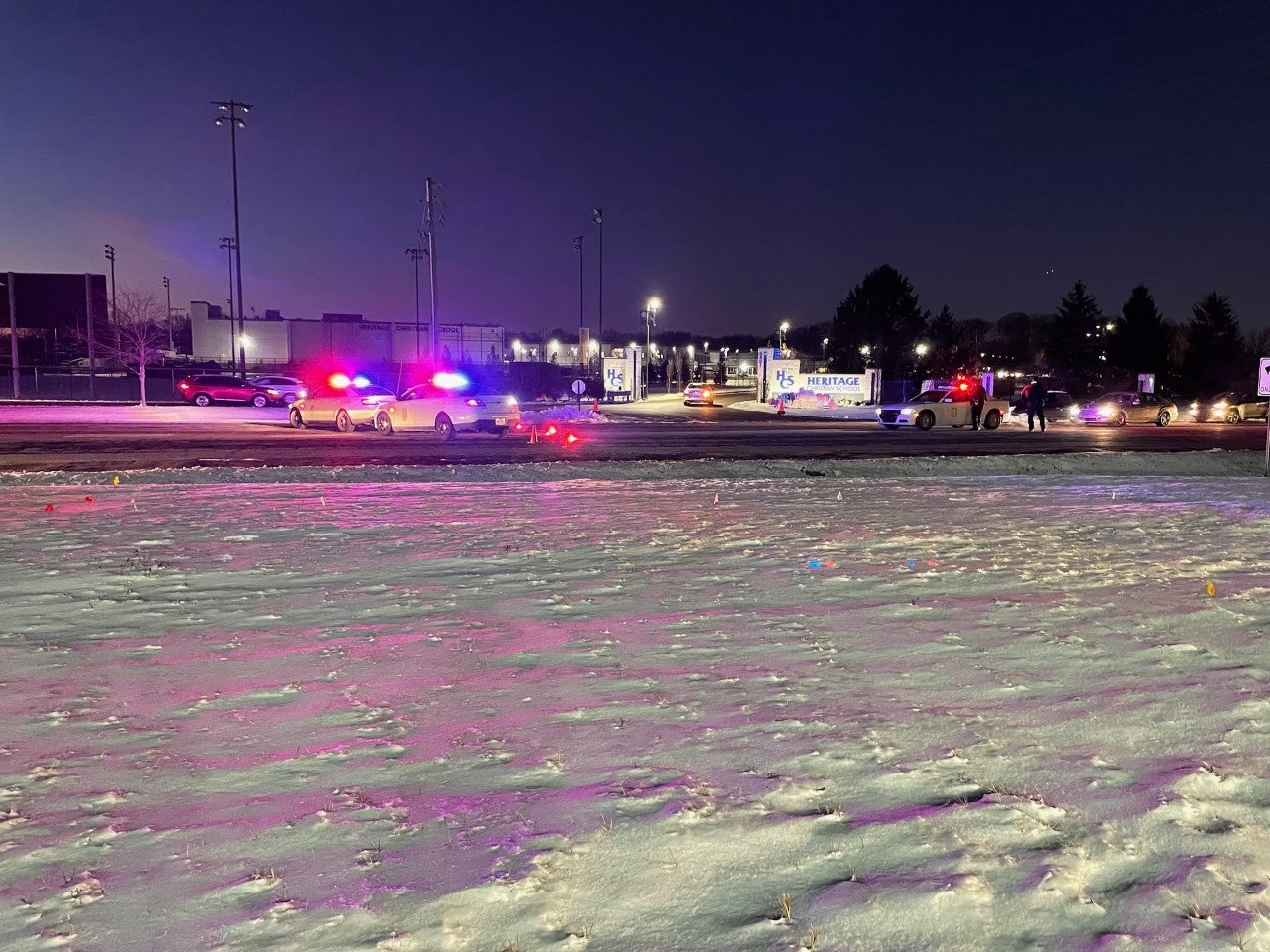 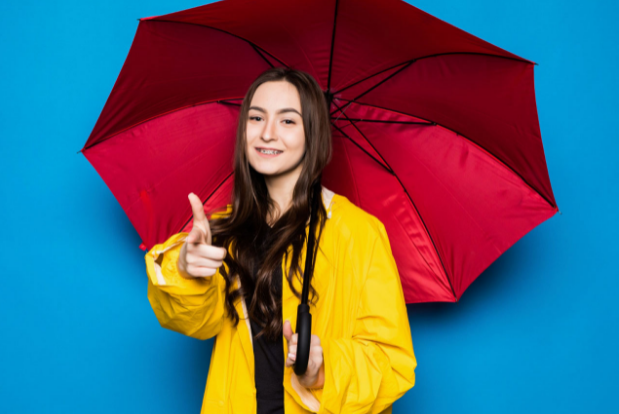