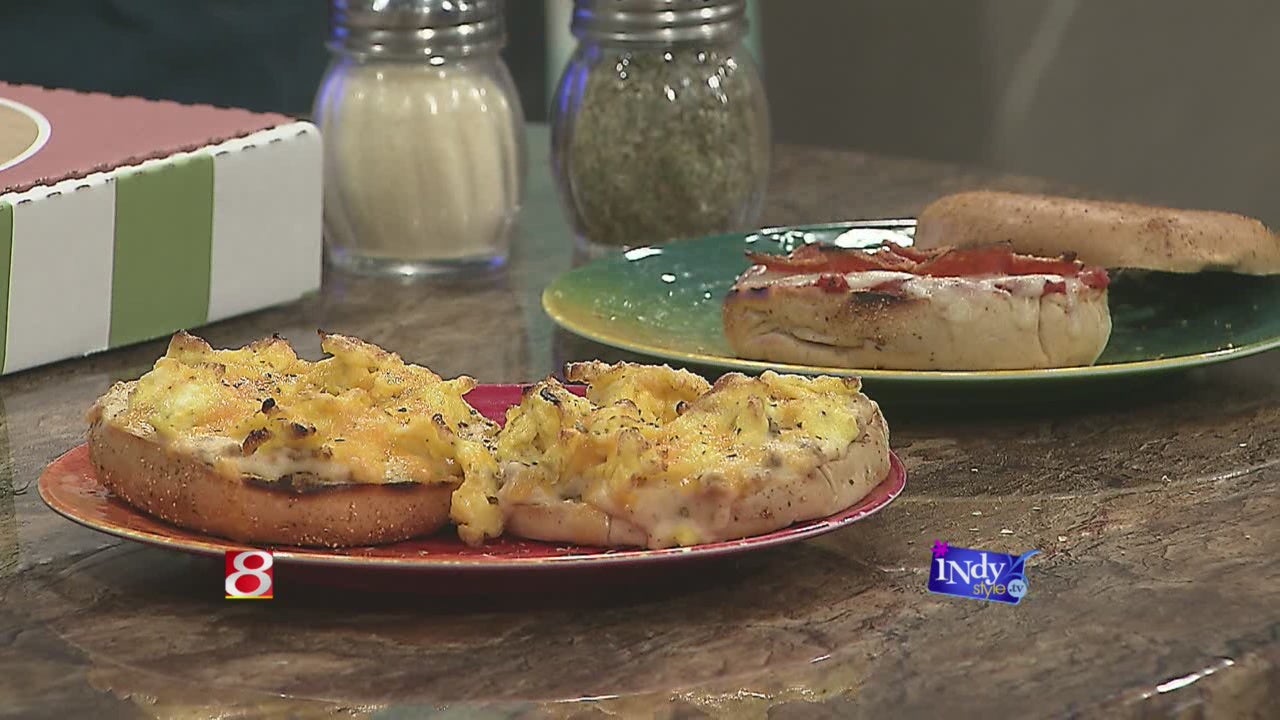 Did you hear?! Today is a food lover’s dream because two of the most popular foods in American cuisine – bagels and pizza – are getting their day in the spotlight! Mick McGrath, Restaurant Owner, Jockamo Upper Crust Pizza, puts the two together for one delicious treat!

• This Thursday, February 9th is National Bagel Day and National Pizza Day … last year social media was abuzz when consumers realized these two delicious food holidays were falling on the exact same day. It quickly became a trending topic across the web and social media as everyone considered one of life’s most pressing questions – should you eat a bagel or pizza to mark this special day? Well, I’m here to tell you that this year – you don’t have to choose! You can have both!

• What better way to celebrate this epic food holiday than with a pizza bagel of course!!

• There are a few things to always keep in mind when you are cooking up the perfect pizza bagel at home – here are a few of my simple tricks and tips:

– When it comes to creating your pizza bagel at home, I’d recommend toasting the bagel first, then either broiling or adding a little crisp in the oven for extra melty goodness, especially if you like it on the more well done side.

– Or if you’d prefer a traditional oven or toaster oven method, the perfect temp is 375° for 10 minutes to create a crisp bagel with bubbly cheese.

• Adding a thin, even layer of sauce will help toppings stick, but not slide.

• Everyone has their favorite bagel flavor, but did you know the top three most popular bagel flavors right here in the Indianapolis area are plain, blueberry and raisin?

• Thomas’ is also giving away more than 5,000 packs of free pizza bagels on National Bagel Day (Feb. 9). Viewers can log onto Thomas’ Facebook Page if they want to try and win a free pack! Visit Facebook.com/ThomasEnglishMuffinsandBagels to learn more!

• The average person eats more than 11 bagels per year.

• The origins of the bagel have been long debated, but most historians agree that the chewy circular bread first debuted in 1610 in Krakow, Poland.

• Why is there a hole in the middle of bagels? In the past, vendors threaded the hole-shaped bread onto dowels and hawked them on street corners.

• In Germany, variations of the word bagel are: beigel, meaning ring, and bugel, meaning bracelet.

• Bagels are the only bread that is boiled before it’s baked.

• In the early 1900s, bagel makers worked in teams of four. Two people would make the dough and shape the bagels, one boiled the bagels and the fourth baked them.

• Thomas’® is the leading brand of pre-packaged grocery store bagels in the U.S.