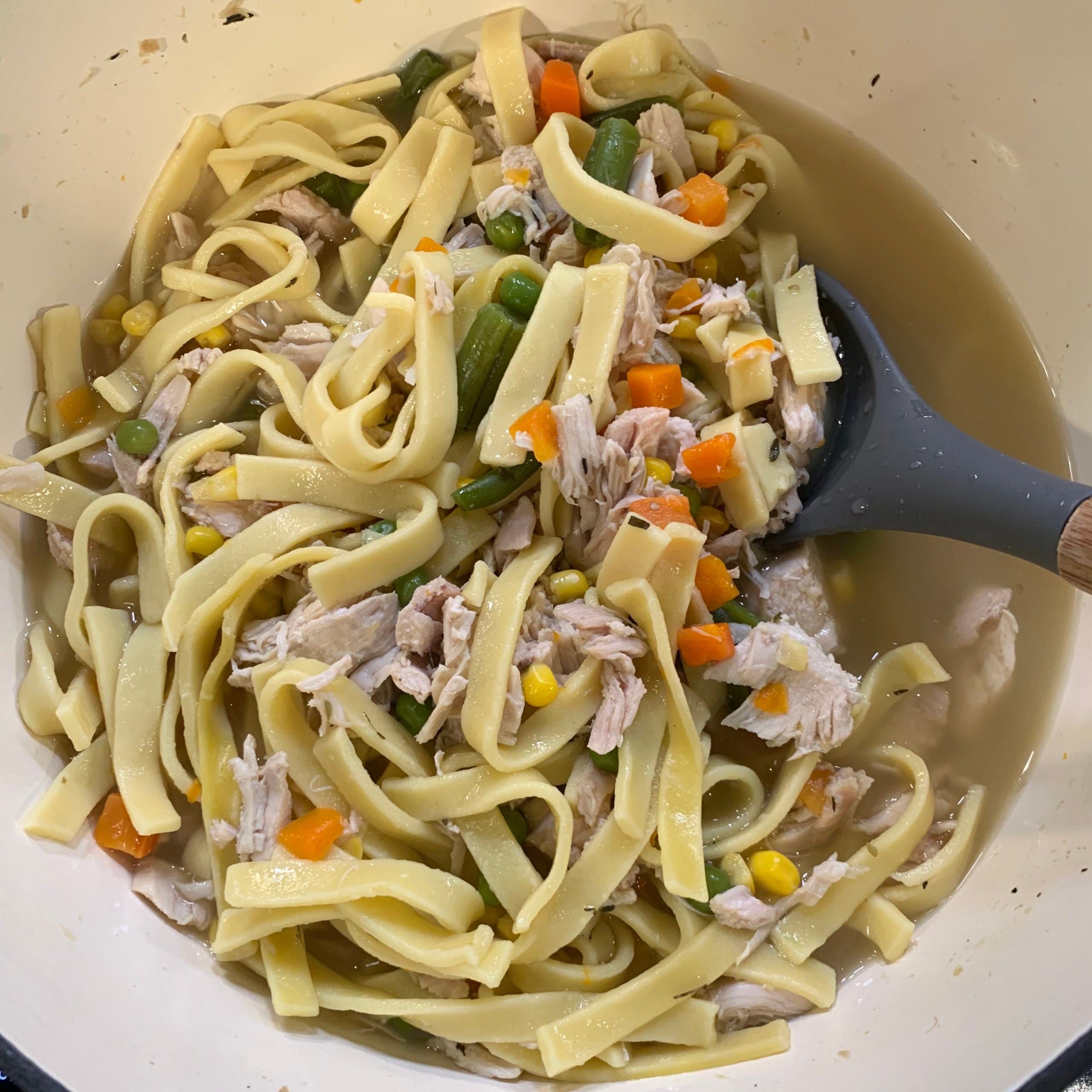 It’s that time of year, where a bowl of soup really hits the spot, whether you need a quick weeknight meal and or your little one is sick.

You can whip up this “almost homemade” chicken noodle soup in a matter of minutes!

1 quart of your favorite chicken stock or broth

BACKGROUND – Founded by an Amish family in 2001, Rise’n Roll is best known for its Cinnamon Caramel donuts, among many other flavors, as well as cookies, pies, cinnamon rolls and breads, and a host of Amish country retail items – including cheeses, cheese balls and toffee crunch candy. In addition, Rise’n Roll offers a variety of traditional Amish jarred items including spreads, jams and jellies.