Cool neighborhood tours in Indy set for May 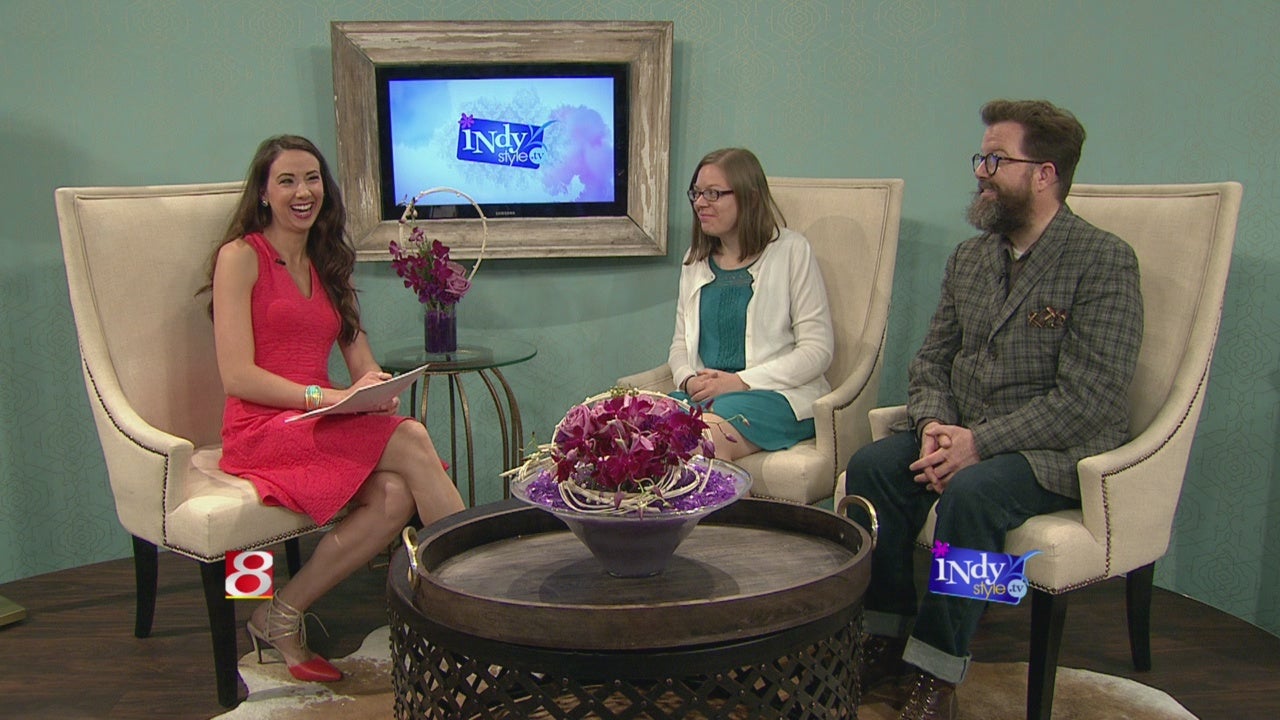 Each Thursday in May, Indiana Landmarks will turn the spotlight on a different historic Indianapolis neighborhood with informative and entertaining walking tours. Tours begin with St. Joseph on May 7, followed by Fountain Square on May 14, New Augusta on May 21, and Ransom Place on May 28.

Each Thursday in May, Indiana Landmarks will turn the spotlight on a different historic Indianapolis neighborhood with informative and entertaining walking tours.

Tours begin with St. Joseph on May 7, followed by Fountain Square on May 14, New Augusta on May 21, and Ransom Place on May 28.

Guides will tell the history of each area and its revitalization. You’ll see the range in house styles, get the scoop on average sale prices, and see the interior of one or more buildings. Indiana Landmarks stages the tours with Historic Urban Neighborhoods of Indianapolis (HUNI).

The 90-minute tours will be led by Indiana Landmarks and a resident of the neighborhood. Featuring a 1- to 1.5-mile walk, tours will cost $10 per person (discount for Landmarks members and residents of the tour neighborhood). Each tour is limited to 50 people and reservations are required. Register online at neighborhoodtours2015.eventbrite.com or call 317-639-4534.

Just north of Indianapolis’s downtown core, the historic St. Joseph neighborhood includes one of the nation’s oldest White Castle buildings, the site where the infamous Jim Jones started his Peoples Temple (pre-Guyana), and the home of Daniel Marmon, whose Marmon Wasp won the inaugural Indianapolis 500. The national and local historic district is bounded by I-65, Central Ave., Ft. Wayne Ave., and Pennsylvania St.

The tour begins at the 1873 Kemper House, 1024 North Delaware Street, owned by Indiana Landmarks. Visitors will stop inside the Bals Wocher house, also on Delaware, home of Cline Farrell Christie & Lee law firm. Indiana Landmarks President Marsh Davis and his wife Grace live in the Kemper House and welcome participants for a light reception at the end of the tour.

To extend the evening, head to dinner at a restaurant in the neighborhood: English Ivy’s, Datsa Pizza, Plow & Anchor, and Saffron Café.

May 14 Fountain Square Neighborhood Tour From downtrodden to hot, Fountain Square tells a great urban story. The Virginia Avenue corridor emerged as the south side’s primary commercial center in the 1860s. The district’s entertainment roots also go deep: from 1910 to 1950, the area had more theaters than any other part of town.

The post-World War II years were tough on Fountain Square as suburbs multiplied and the population shifted. Theaters closed and the commercial district suffered. Even Fountain Square’s fountain left for the greener pastures of Garfield Park.

A reversal of fortune-this time in a positive direction-began in the 1990s, a change credited to artists moving to the district, the work of Southeast Neighborhood Development, Inc. (SEND), and private developers and investors. The neighborhood holds local and national status as a historic district, boasts one of Indiana’s first urban Main Street programs, and is one the city’s cultural districts.

Today, the fountain is back, and the thriving district offers an eclectic mix of houses and apartments, locally-owned retail shops, restaurants and entertainment, where lots of artists live and work. SEND’s Paul Smith, Kipp Normand, and Brad Keen will lead the tour.

The tour begins at Wheeler Arts Community, 1035 Sanders Street, located a short block west of Shelby St. In addition to Wheeler Arts, the tour will make stops in two additional landmarks. Larry Jones, owner with Craig Von Deylen of the 1929 Murphy Building, will lead an interior tour. Constructed in 1929 and later converted to a department store, the building today houses a combination of art galleries, artists’ studios, and restaurants. Linton Calvert, owner of the Fountain Square Theatre Building, will lead a behind-the-scenes tour, including the fourth floor bowling alley and the roof garden.

Fountain Square has too many dining options to list, but a few in the immediate vicinity of the tour’s end at Fountain Square Theatre include: End of the Line Public House, Smokehouse on Shelby, Thunderbird, and Siam Square. A bit farther north on Virginia Avenue, Bluebeard, Rook and Milktooth are among the hot restaurants in the area.

New Augusta is a tucked-away secret-a nineteenth-century railroad village that survives in the midst of the city. The charming area contains houses and commercial structures built from the 1870s through the early twentieth century, set along narrow streets. A church owns and maintains the local public park.

President Abraham Lincoln’s funeral train passed through New Augusta on its way to Springfield 150 years ago. When passenger trains ceased to stop in New Augusta, the Purdy family acquired the 1895 depot, which was next door to their home. Mary, Emma, and Olive Purdy, the granddaughters of New Augusta settlers, maintained the depot until they died and it remains in the family today.

Located between 71st and 74th streets, Lyons Road, and the railroad tracks (east of Georgetown Road), the semi-rural village became part of the City of Indianapolis in 1970 under UniGov. It won listing in the National Register in 1989. To preserve the semi-rural character of the area, residents won conservation district status from the Indianapolis Historic Preservation Commission in 1999.

The tour begins at the New Augusta Depot, 7135 Purdy St., led by longtime residents Mark Patty, Joe Wagle, Jim Warriner, and Holly Hill. Visitors will go inside the well-preserved depot, owned by James Killen, and the former New Augusta School and Gymnasium, owned by William Maher and repurposed to house a plumbing company.

Post-tour dining options in the area include the Simple Good Food Truck, parked near the registration site at the New Augusta Depot, Chef Mike’s Charcoal Grill on Woodland Drive, and the Loft at Traders Point Creamery on Cooper Road, both within driving distance.

Ransom Place is the capital city’s oldest African American neighborhood, on the west side of downtown, north of IUPUI. The neighborhood takes its name from Freeman B. Ransom (1882 to 1947), general manager of cosmetics firm founded by Madam C.J. Walker. Once a thriving community of African Americans, it included both their homes and businesses.

The upswing in Ransom Place began when Jean Spears sold her Lockerbie Square home and moved to Camp Street in the late ’80s, determined to resurrect the neighborhood. Spears and others selected the name Ransom Place to inspire upwardly mobile African Americans. Ransom Place won National Register status in 1998.

After-tour dining options include Sushi Boss and the many restaurants at 10th and Indiana Avenue on the western edge of the neighborhood.

On the walking tour, a guide relates the story of Soldiers and Sailors Monument, the roundabout’s role in the original design of the city, and talks about the historic buildings and architecture around the Circle. The tour departs at 10 a.m. every Friday and Saturday, May through October from South Bend Chocolate Co., 30 Monument Circle. No tour if it’s raining cats and dogs. Tour is $8 for adults,$5 for children and Indiana Landmarks members in advance; $10 per person on site. Register online at circletours2015.eventbrite.com.

Underneath historic City Market, expanses of Roman-looking brick arches have long fascinated people who’ve had the chance to see them. Indiana Landmarks takes visitors on a tour of this unique space, called the City Market Catacombs, on the first and third Saturdays from May to October. The area is not handicapped accessible. The tour departs from west plaza of City Market, 222. E. Market St., at 11 & 11:30 am, Noon, 12:30 & 1 pm. Tickets are $12 for adults and $6 for children, with discounts for Indiana Landmarks members. Capacity is limited and registration is required at catacombs2015.eventbrite.com or by calling 317-639-4534.

Indiana Landmarks turned a vacant historic church with a giant hole in the domed ceiling into a $20 million complex of restored theaters, reception hall, art gallery, and the nonprofit organization’s office. The tour covers the buildings’ history, beginning with its time as home to the largest Methodist congregation in the state, repurposing and restoration. Reservations are not required for the tour of Indiana Landmarks Center, 1201 Central Ave., which begins at noon every Friday and Saturday from May through October