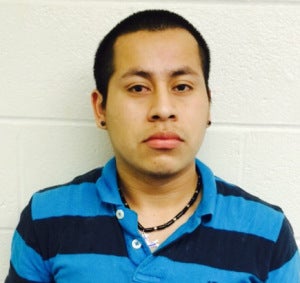 LAFAYETTE, Ind. (WLFI) – Lafayette police have arrested an Ohio man in connection to a homicide that took place on Christmas Day.

Police have arrested 26-year-old Juan Alberto Imul Pop for assisting a criminal, obstruction of justice and failure to report a dead body. Police said Pop is currently living in Mansfield, Ohio, but recently lived in Lafayette. He is being held in the Richland County Jail, pending extradition.

The first person to be arrested in connection with the homicide investigation is 42-year-old William Alexander Paz of Lafayette. According to police, the former Indianapolis resident is now in custody for homicide.

Lafayette police said both men were arrested in connection with the death of a man found on the side of Sagamore Parkway near Veterans Memorial Parkway on Christmas Day. The victim has not been identified.