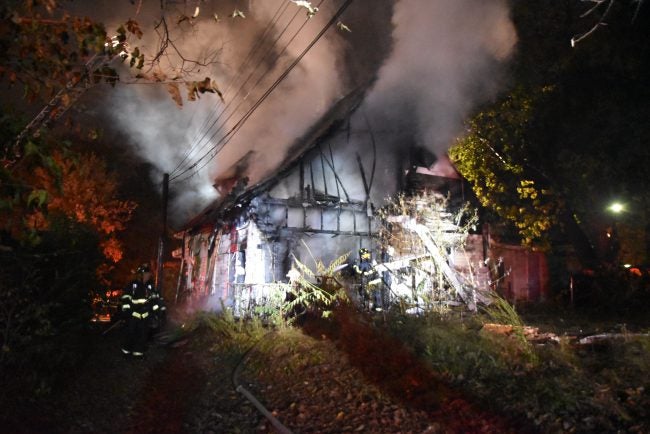 INDIANAPOLIS (WISH) – Three members of the Indianapolis Fire Department were slightly injured during a west side fire Tuesday evening.

According to IFD, crews were dispatched to a fire in the area of Michigan Street and Ketcham Street just after 10 p.m.

After arriving on scene heaving fire was spotted coming from the house.

Crews were able to get the fire under control at the vacant residence just before 11:30 p.m.

While battling the flames, three firefighters on the second story of the structure fell approximately 10 feet as the floor gave way.

All of the firefighters were taken to IU Health Methodist Hospital in order to be checked out for back, elbow and foot pain as well as slight burns to an ear.

Damage to the structure has been estimated at $60,000.