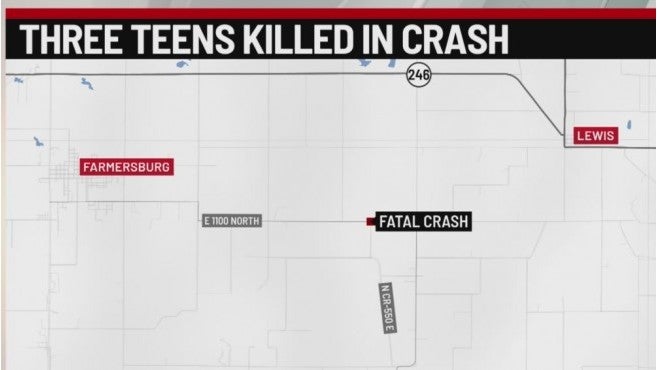 The students have been identified as:

Police say Jaroscak was the driver. Police say all three boys died immediately in the crash.

There are no preliminary sings of drugs or alcohol being involved, according to police.

“Early indications are that the passenger car was traveling eastbound on CR 1100, when the driver lost control, before running off of the roadway and colliding with a tree,” the release said. “The driver and two passengers were killed instantly.”