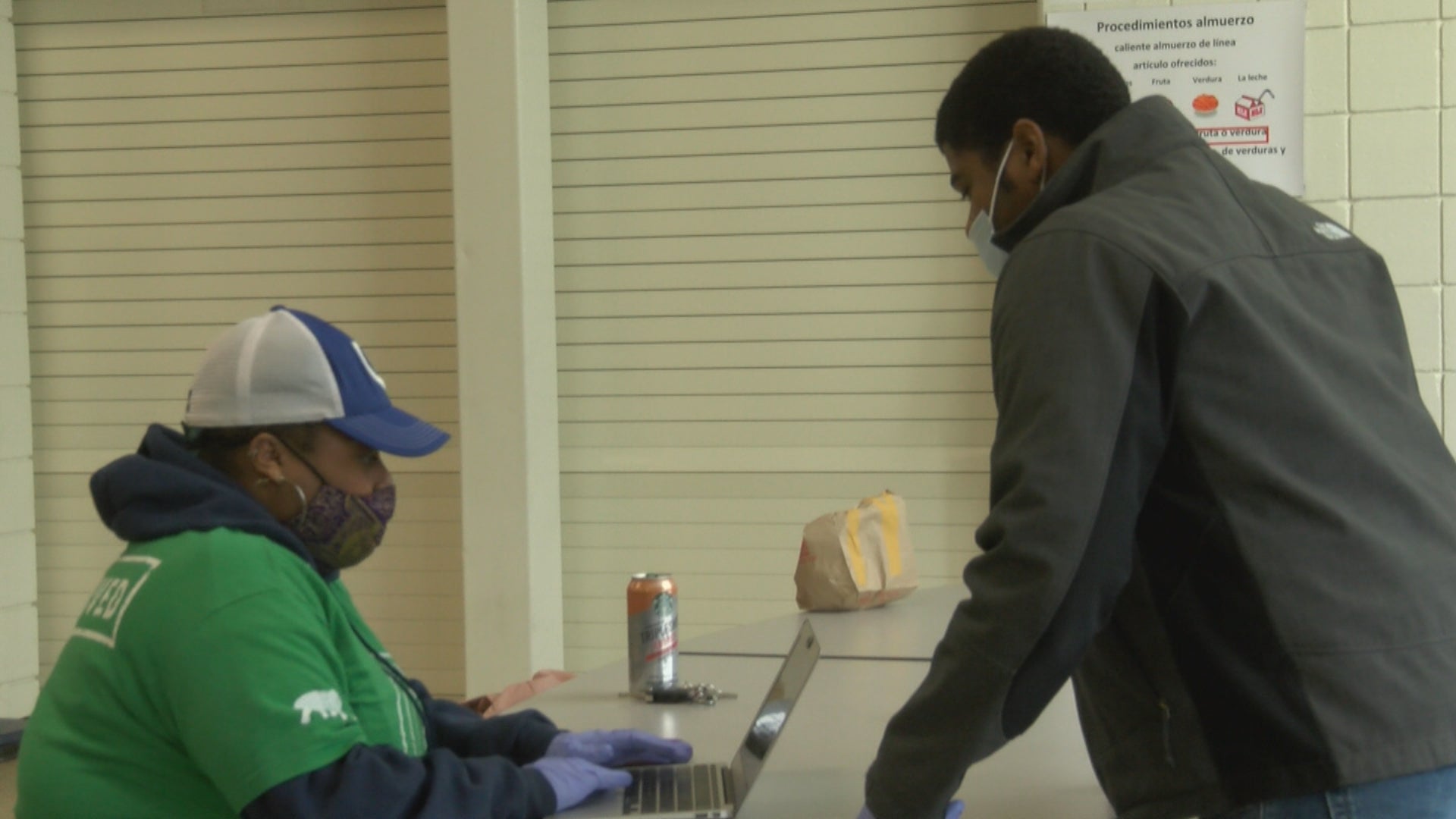 INDIANAPOLIS (WISH) — Enlace Academy is determined to serve its students, even with the school closed during the coronavirus pandemic.

The school for kindergarten through Grade 7 says it’s committed to making sure the tools to students’ education remain in their hands. The word “enlace” means link in Spanish.

“That’s what we try to be is a link to the community,” said the school’s operations manager, Amneris Crespo.

However, the charter school at 3725 Kiel Ave. on the west side of Indianapolis faces some challenges other schools don’t.

“This area is predominantly Hispanic so more than 70% of our students are (from) Spanish-speaking families.”

Most of the students and their families have only three years or less of experience with the English language.

Crespo says once the pandemic forced them to close their doors for the remainder of the school year, they realized a lot of their students’ families didn’t have access to technology and in some cases the internet. School leaders decided to arrange for parents to pick up some take-home technology so the kids wouldn’t fall behind.

“We want them to succeed no matter what the situation looks like,” said Enlace Operations Assistant Lynette Gilbert.

She believes the school’s attention to detail and its educators’ close relationships with their students helps families remember they’re more than a number: A thought that’s appreciated by parents facing the same challenges as their kids.

Luisa Rocha Chavarria’s daughter attends Enlace Academy and she wanted the staff to know having the proper technology makes a big difference for her daughter at home.

“My first language is Spanish so it’s kind of difficult because I have to do all the work in English,” she said.

Luisa wants the Enlace staff to know they’re making a difference for her daughter at home. “Thank you so much for your support,” she said. “Everything is online. It’s going to be better for my daughter. You’re really helping a lot.”

The new way of learning is still an adjustment for many students and parents who aren’t as tech-savvy, but Crespo and Gilbert say they’re ready to be there for them every step of the way.

“That’s the extra love and logic that our school goes by,” Gilbert said.

“Our phone lines are open so they can call us and we can help them try to troubleshoot whatever it may be,” Crespo said. “I’m a helper and they all know that, so I feel extremely, extremely happy to be able to help our families.”

“We want to make sure we are here to help and support our families the best way we can,” Crespo said.