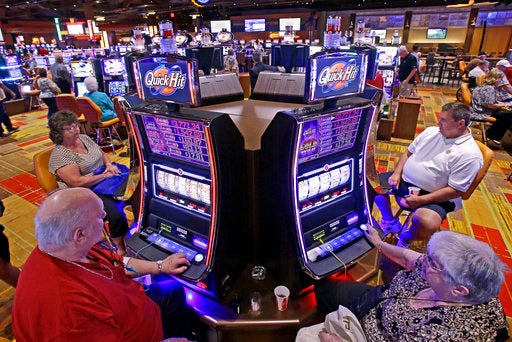 INDIANAPOLIS (Inside INdiana Business) — After one month of legal sports gambling in Indiana, the state gaming commission says bettors placed $34.5 million in wagers, most of that going toward football, which accounts for 60% of the bets placed.

Though sports betting is now legal throughout the state, the Indiana Gaming Commission said northwest Indiana, fueled by the Chicago market, attracted a majority of the wagering.

“Indiana’s sportsbooks are in their infancy, but their ability to capitalize on the Chicago market did not take long to produce dividends,” said Dustin Gouker, lead analyst for PlayIndiana.com, a Las Vegas-based media company that covers the gambling industry.

More than a quarter of the sports bets in September were placed at Hammond Horseshoe, which took in $9 million, followed by Ameristar Casino in East Chicago with more than $5 million and Blue Chip Casino in Michigan City with nearly $4 million.

“This is the largest handle we’ve seen in a state’s first month of legal sports betting, and it happened without the benefit of online sports betting, which didn’t launch until October. That is a testament to Indiana’s existing infrastructure,” Gouker said.

Analysts said with the addition of more online outlets, Indiana’s handle will likely climb even higher.

“The ability to make online and mobile bets, though, should send the state’s handle into a new stratosphere. Indiana is clearly on a trajectory to become one of the country’s largest legal sports betting markets,” said Kim Yuhl, managing editor for PlayIndiana.com.

With the Majestic Star casinos in Gary set to close next year, replaced by Hard Rock Casino Gary, the operation is not accepting sports wagers.