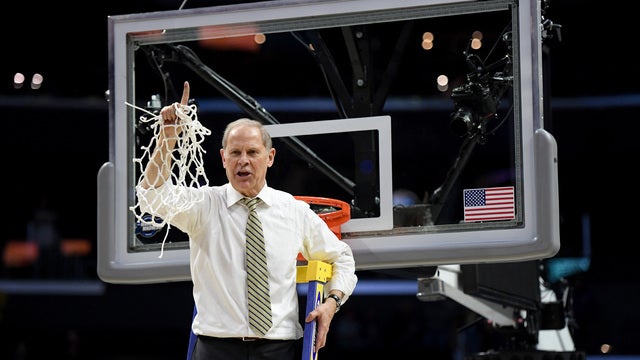 CLEVELAND (AP) — The Cavaliers went back to college to get a coach.

Cleveland has signed Michigan’s John Beilein to a five-year contract, three people familiar with the decision told The Associated Press on Monday. The deal came together quickly in the past 24 hours and was finalized Sunday after the Cavs had spent the weekend in Denver interviewing several NBA assistants.

The people spoke to The AP condition of anonymity because the team had not announced the hire.

The 66-year-old Beilein does not have pro experience but he’s long regarded as one of college hoops’ best minds. He guided Michigan to two Final Fours in the past seven years and has developed several top players.

Beilein is the winningest coach in Michigan history with a 278-150 record in 12 seasons. He had talks with the Detroit Pistons last year when they were in the market for a new coach, but he said he was never offered that job.

Beilein tweeted his thanks Monday to Michigan’s players and fans.

The Cavs are rebuilding following a 19-63 season that followed the departure of LeBron James. Cleveland fired coach Tyronn Lue after six games last season and then mutually parted ways with Larry Drew to begin a thorough search.

Beilein will inherit a young Cleveland team that includes All-Star forward Kevin Love and point guard Collin Sexton, who had a strong rookie season. Cleveland’s roster should get an upgrade in the draft and the Cavs are hoping for some more luck in Tuesday’s lottery, where the winner will have a shot at Duke All-American Zion Williamson.