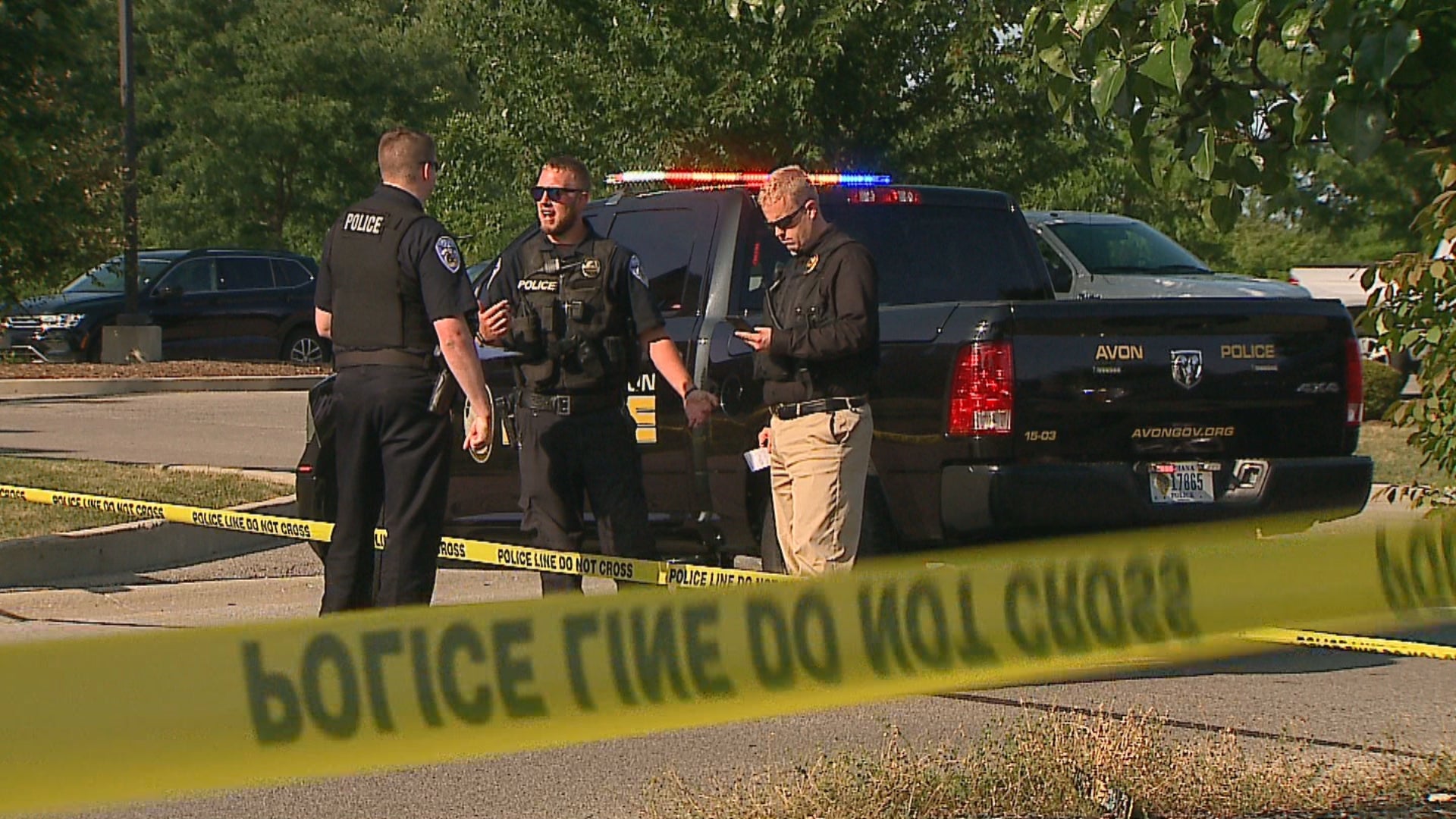 AVON, Ind. (WISH) — Two carjacking suspects are on the loose after they jumped in one man’s car in Avon, shot him and took off with his vehicle Wednesday night.

Police lights had people mystified Wednesday night near a hotel and a business strip in the 100 block of Angelina Way because the sight of crime scene tape is unusual for Avon.

“Avon is a suburb area,” Hirosaki Steakhouse Waitress Kimberly Santos said. “A lot of people moving here, building houses, like, raising families. So it’s hard to think that something can happen like that so close to you.”

A woman who described the stolen car to police didn’t want to go on camera, but she said since she saw what happened, she’s been wondering if the victim, 22-year-old Tyler Fischer, is OK.

Fischer was carjacked by two men and told to drive to a nearby bank. A short time later, some type of argument broke out and one of the men shot Fischer.

A woman who was leaving work around that time says a car came flying toward her, it stopped for a second and Fischer fell out of the car door and he was bleeding from his leg. She says it looked like his leg was broken.

She told police the stolen car was a 2018 silver Ford Mustang, but she says she didn’t hear gun shots.

Surveillance footage from the Marriot Fairfield Inn and Suites didn’t pick up the sound of gunshots either.

“We couldn’t see much,” Marriot Fairfield Inn and Suites Operations Manager Tierra Markham said. “Because of the way that our cameras were facing. The only thing I could really kind of see was the bottom part of, assuming it was a grey mustang. We could hear, because our cameras have volume, so I could hear the burnt rubber, like the car tires burning rubber, going fast, but I didn’t hear any gunshots.”

Fischer was taken to a hospital and his condition remains unknown. Just 24 hours later, people are still a little shaken up, hoping it’s not something they start to see more of.

“Really just concerned,” Santos said. “You know, for just the people in our neighborhood. It literally happened right in our own back yard. So it’s kind of scary to really think about.”

Avon police are still looking for the two men who did this. If you have any information police need to know, contact the Hendricks County Communications Center at (317) 839-8700 or Crime Stoppers of Central Indiana at 317-262-8477.