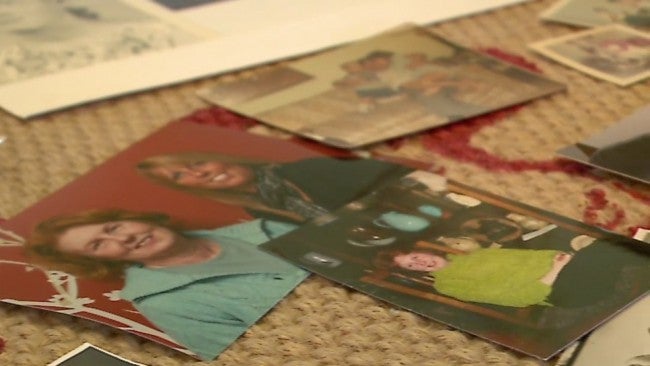 INDIANAPOLIS (WISH) – What if you didn’t know where you came from, who your parents were, or what they looked like?

Those are questions hundreds, if not thousands of adopted children in Indiana ask themselves. And now they might finally get some answers thanks to bill that’s moving through the Indiana House.

Starting in 1994, if a person was adopted they could request a copy of their birth record just as long as the birth mother didn’t sign a form prohibiting it known as a non-release form.

But those records are sealed for anyone adopted before 1994. Senate Bill 352 wants to open them up, giving all adoptees the same access.

But opponents worry that a generation of birth mothers isn’t prepared for that to happen.

It was a connection that took years to complete.

“Their eyes are like hers,” said Pam Kroskie, as she showed a picture of her two sons.

“I mean it’s even funny, you look at your own nose and you think you know, whose nose is this,” she questioned.

With pictures scattered on the table like pieces to a puzzle, Kroskie can now assemble the life she at one point never knew about.

Born in the 1960s, Kroskie was given up for adoption. Through her own research she found her mother and built a relationship with her new family which included two sisters.

But not all adoptees want a reunion, just information. Kroskie said getting access to a birth record is what she believes all adoptees, including those born before 1994, deserve to have.

“Just to look at a birth certificate or just to have that knowledge that we have a name or we had a last name, we had a weight, we had a hospital, that it’s like digging for gold,” she said.

But some argue that information should stay buried. 24-Hour News 8 talked to a birth mother who gave her child up for adoption decades before 1994. She asked that we conceal her identity.

“I come from a generation when I got pregnant it was terrible. You have to understand that it was like, it was just awful. It was like a letter on you,” the mother said.

She like many mothers from her time never thought their child’s birth record would get out.

“I just went on with my life, knew she was in a good environment and I wanted to keep it that way,” she said.

“They kept it a secret. That’s how they came to peace with their decision,” said Steve Kirsh, adoption lawyer with Kirsh and Kirsh.

His firm is worried that if the bill passes, birth mothers from before 1994 won’t know they need to fill out a non-release form to keep those records sealed.

Privacy wasn’t an issue for Kroskie. Not only did it allow her to connect with her mom, but she learned breast cancer runs in their family. It was an unfortunate but importance piece to her puzzle she’s grateful to have.

“If nothing else, I think that has been the biggest advantage for me to keep an eye on my health and my sisters’ also,” said Kroskie.

Kirsh added that a new law isn’t necessary since there are already options out there to help connect adoptees born before 1994 with their mother.

An adoptee contacts the intermediary who then begins to search for the birth mother. Records aren’t released, but connections are made.

Kirsh said his firm attempted 117 of them. He said five times they couldn’t find the mother. Of the 112, he said five mothers wanted nothing to do with making a connection and were upset to be contacted. He said another five or six were OK with sharing information, like medical history, but didn’t want to have actual contact with their child.

Kirsh feels it’s the proper way to open up a line of communication between an adoptee and mother.

That’s why he’s worried if SB 352 passes, adoptees from before 1994 will begin that search on their own. He’s worried mothers from that generation aren’t prepared for that possibility.

“The birth mothers that we’re talking about, some of them are 50, 60, 70 years old, maybe older. It’s not reasonable to believe that they’re going to know that they need to file a none-release form,” he said.

“I think we see it as, well it is, it’s a human rights issue,” said Kroskie. “When you have adoptees from 1994 forward have the same, have these rights, why shouldn’t we have the same rights?”

The bill passed through the Senate last month by a 46-3 vote. It’s now in the House. If it were to become law, it would take effect July 2016.