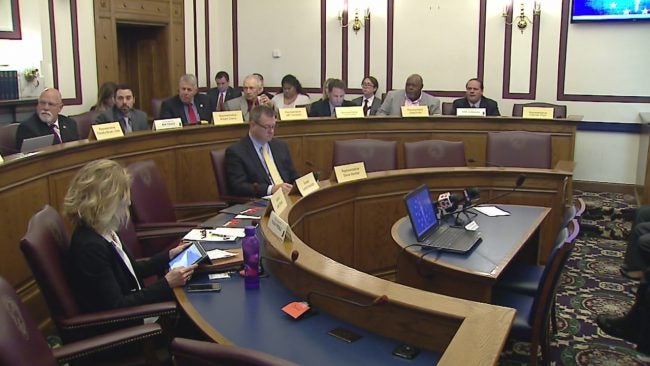 INDIANAPOLIS (WISH) – Preschool education is a big issue in the race for governor and Wednesday a committee of state lawmakers heard a sales pitch for more pre-K funding.

“It’s meant the world to me and my family,” said Shawna Wagner, whose child is one of the 17 percent of Indiana 4 year olds now enrolled in state funded pre-Kindergarten classes.

She joined with business leaders who came to the Statehouse to beg for an expansion.

“So that when they enter kindergarten they’re ready,” said Connie Bond Stuart of PNC Bank, “and they go on to a very successful time in school and future careers for themselves.”

It’s a popular issue with voters and the candidates for governor know its importance. At a forum on Monday Democrat John Gregg spelled out his support.

“We also need to have an adult conversation about why we’re long overdue in not having a pre-kindergarten program,” he said.

“I’m committed to responsibly expanding Indiana’s first ever state funding early education program, pre-K,” he said, “specifically to those who have the greatest financial need.”

But the message to lawmakers is that an investment in pre-K will pay off because of reduced costs for remediation and special ed.

“You know, these are children who deserve an opportunity at success in life,” said Stuart.

And what lawmakers do to fund pre-K next year will be guided in large part by the winner of the race for governor.