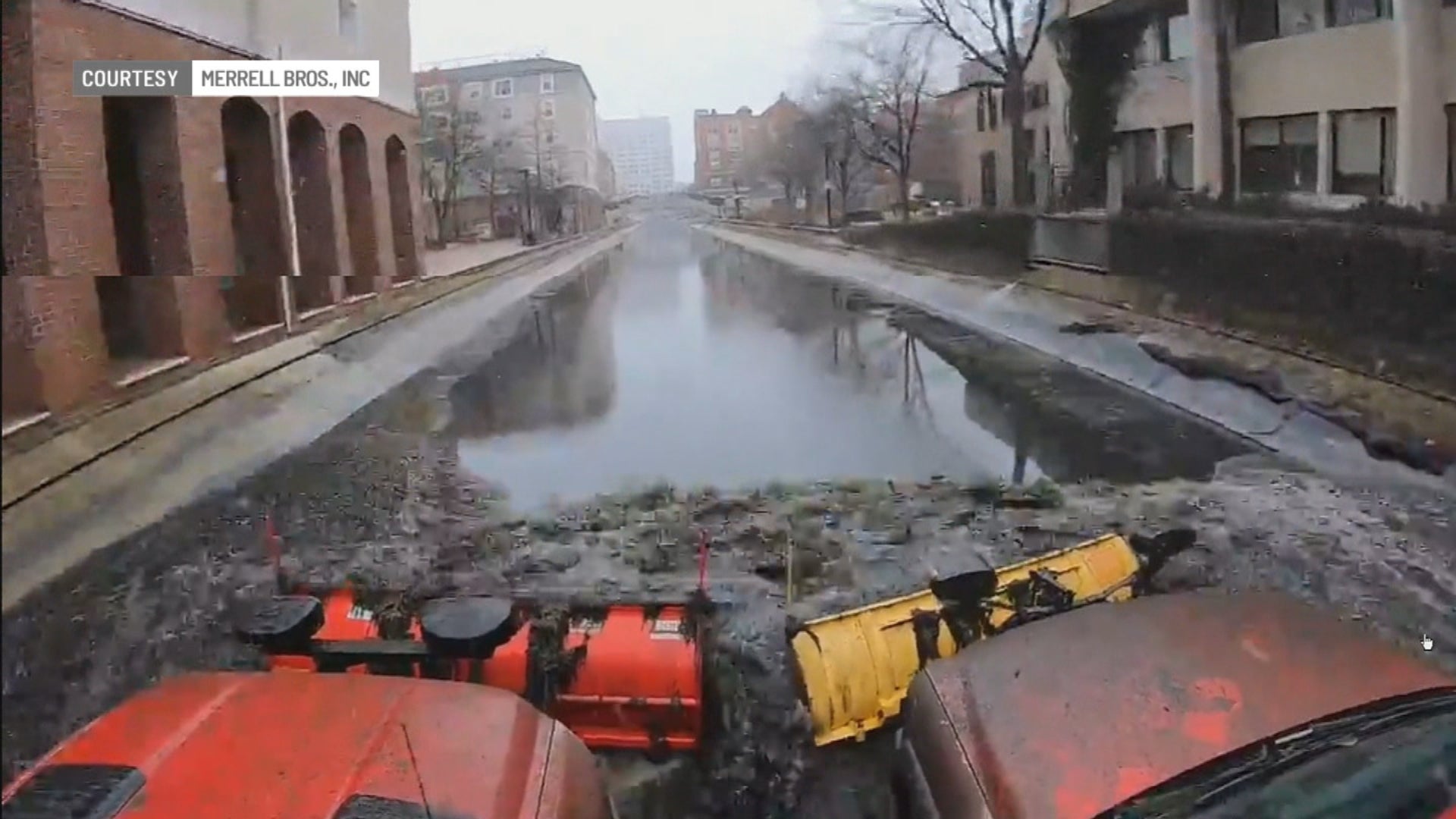 INDIANAPOLIS (WISH) — From bridge repairs to a deep cleaning, some changes are in the works at the downtown canal.

Joggers and walkers are noticing much less water after workers drained the concrete-lined canal for its first deep cleaning since 2007.

“I took some pictures of it, showed it to my wife. She said, ‘Well what are you doing that for?’” downtown commuter John Taft said. “I said, ‘It’s just weird, that’s all.’”

But the lack of water isn’t the only thing that’s weird.

Contractors say at the bottom of the canal they discovered about eight Bird or Lime scooters, a bowling ball, a drone and a wallet.

Merrell Bros. Inc. started two weeks ago on the $547,320 project. Workers are using trucks to break up the canal’s ice so they can clear and pump out the grime. According to the city, most of the cleaning is of algae and plant growth.

“Our main objective is just to completely clean it to where you can walk down in there with tennis shoes,” said Brayden Merrell of Merrell Bros. Inc.

Contractors divided the canal with a dam and on Monday they said they were focused on cleaning the northern half.

Taft praised the city for cleaning the canal, saying it smells of algae in the summer months.

Trisler Construction is working on the $741,997 worth of repairs and maintenance of the Walnut Street pedestrian bridge over the canal.

City leaders said the bridge would be finished in late spring and the canal cleaning would be done by mid-February.

“It’s cold right now. There’s not as much foot traffic down there, so this is the perfect time,” said Andrea Watts of the Indianapolis Department of Metropolitan Development. “We don’t want to interrupt any of the big events. We’ll have the greening of the canal in March. We’ll get it done right before then.”

Watts said all wildlife was removed from the canal.

Merrell said the wallet found by contractors had an ID with it. His team is trying to contact the owner.