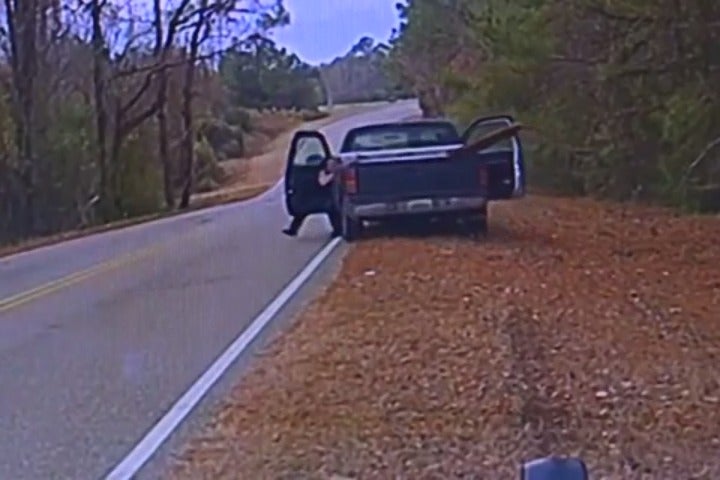 SAMANTHA, Ala. (WISH) — A pair of Alabama deputies were dragged by a suspect during a traffic stop Friday morning.

The incident was caught on dash camera.

It was a routine traffic stop that quickly escalated once they realized the driver they pulled over was one of Tuscaloosa’s most wanted.

One deputy is seen on dash cam speaking with Hunter Waldrop or some time before another deputy walked up to Waldrop’s truck.

They attempted to make an arrest when the truck went speeding off, dragging the two before veering off the road.

One of the deputies fell from the truck while the other was able to get fully inside. The video stops just after Waldrop’s truck drives off of the road and down a slight embankment.

The deputies weren’t seriously hurt, but they were taken to a hospital to be checked out.

Waldrop, who was wanted for not appearing on a theft charge, is now facing escape, resisting arrest and assault charges.