Colorado dog gets prosthetics for all 4 legs 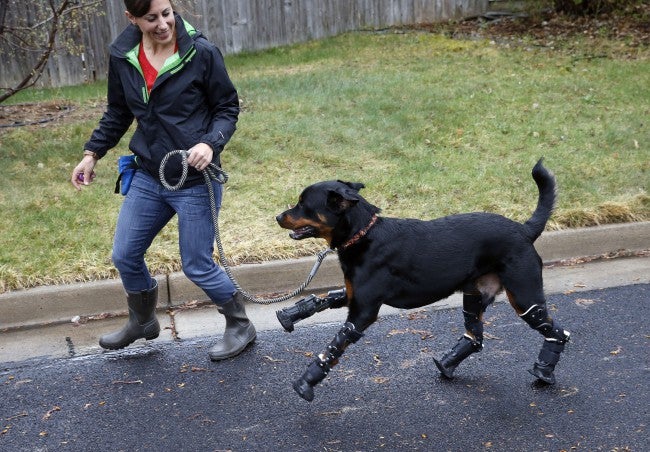 LOVELAND, Colo. (AP) – A 2-year-old Rottweiler who lost his paws when he was left out in the freezing cold as a puppy is learning to walk on prosthetics for all four legs.

Brutus received the prosthetics through the donations of hundreds of people. New owner Laura Aquilina of Loveland says the ultimate goal is to give Brutus the gift of being a dog.

Felix Deurr, an orthopedics professor at Colorado State University who focuses on small animals, says such prosthetics have been developed only in the past 15 years. A study on their effectiveness is due out later this year.

A good Samaritan noticed Brutus’ injuries when he was offered for adoption in a store parking lot in Canon City. A breeder amputated Brutus’ paws after they were frostbitten. The breeder could not be contacted.