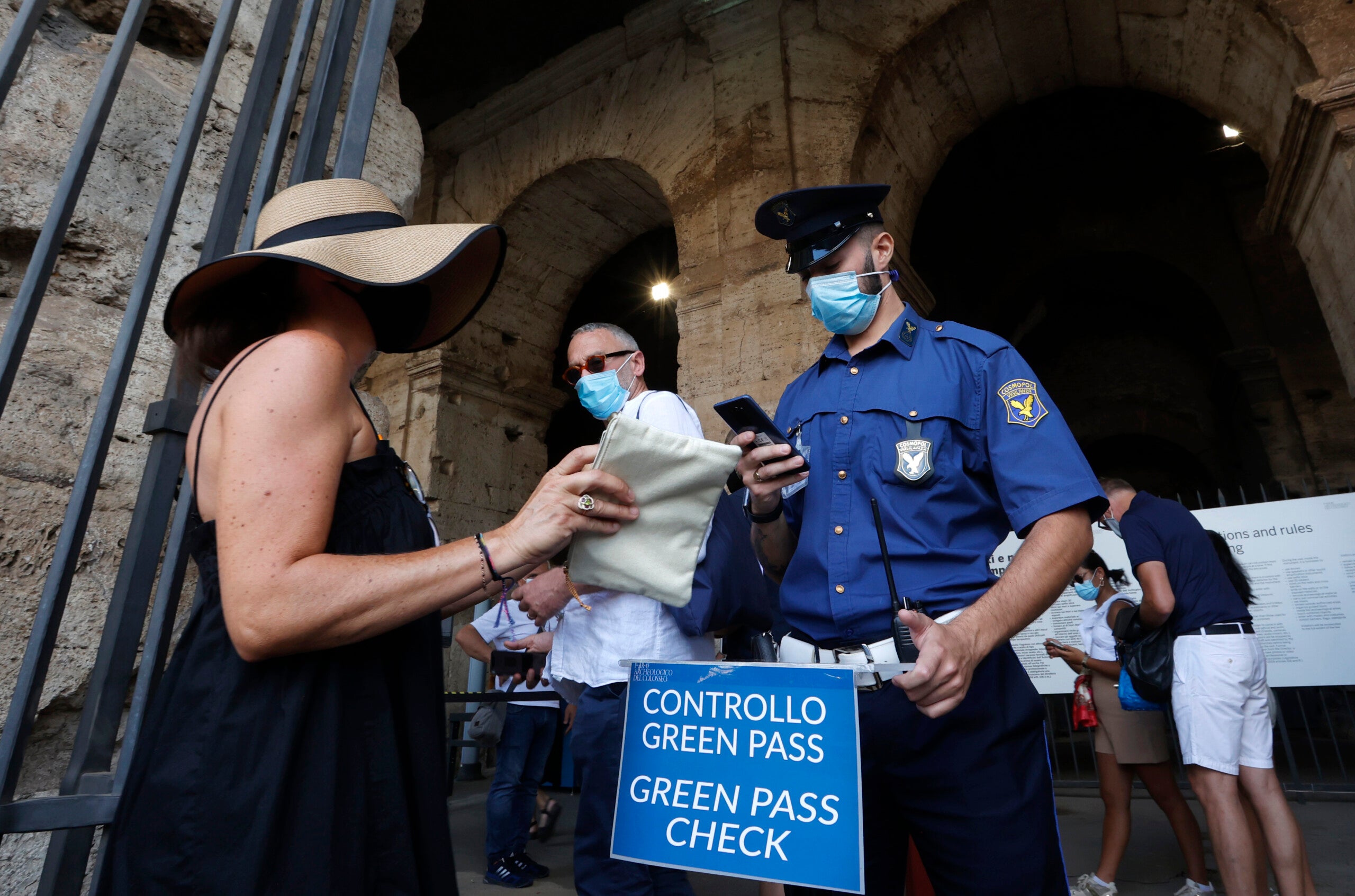 Tourists have their "green pass" checked by security staff at the entrance of the Colosseum in Rome, Italy, Friday, Aug. 6, 2021. The so-called Green Pass, required from Friday to access indoor dining, theaters, indoor swimming pools, gyms, museums and other gathering places is granted to anyone with at least one dose of vaccine in the last nine months, who has recovered from COVID-19 in the last six months or tested negative in the previous 48 hours. (AP Photo/Riccardo De Luca)
by: FRANCES D'EMILIO Associated Press
Posted: Aug 6, 2021 / 07:18 AM EST / Updated: Aug 6, 2021 / 07:19 AM EST

ROME (AP) — Pompeii’s archaeological park is offering free swab tests, the Vatican Museums posted refund instructions and tourists whipped out smart phones to show QR codes along with admission tickets Friday as a new COVID-19 certification rule took effect in Italy as part of the government’s plan to rein in a summer surge in infections.

A so-called “Green Pass” is now required to enter gyms, theaters, indoor pools and inside areas of restaurants, bars and cafes. To obtain a certificate, individuals must show they have received at least one dose of a coronavirus vaccine approved for use in the European Union, recovered from COVID-19 in the past six months or have negative lab results from a test done within the previous 48 hours.

The government announced the rule on July 22, giving residents and tourists two weeks to prepare. Some 50 million of Italy’s 60 million residents had downloaded the certification by late July.

Along the sidewalk flanking Vatican City’s walls, visitors to the Vatican Museums, one of the world’s most popular attractions, got ready to show their cellphones to workers at the entrance.

“No problem. You have your certificate on your phone.,” Ivan Wolska, a tourist from Poland, said. Wolska expected to encounter delays, but instead “it was so fast.”

Visitors from France found the new Italian system familiar. Their country has already introduced entrance requirements even tougher than Italy’s since they also apply to outdoor dining,

“It is good for everybody’s safety. It is positive for the economy, too,” French tourist Alexine Prentignac said.

While many find it convenient to flash their Green Pass on a phone, paper certification is acceptable in Italy. The Vatican Museums website cautioned visitors to have an identity document handy so staff could “verify actual ownership” of the Green Pass. For anyone unwilling or unable to comply, the website offered instructions on how to request a ticket refund.

At Pompeii, one of Italy’s most-visited tourist sites, officials teamed up with the city of Naples to offer coronavirus tests during the opening hours of the sprawling park featuring the ancient Roman city’s ruins. For now, the tests are being given on an experimental basis, free-of-charge. 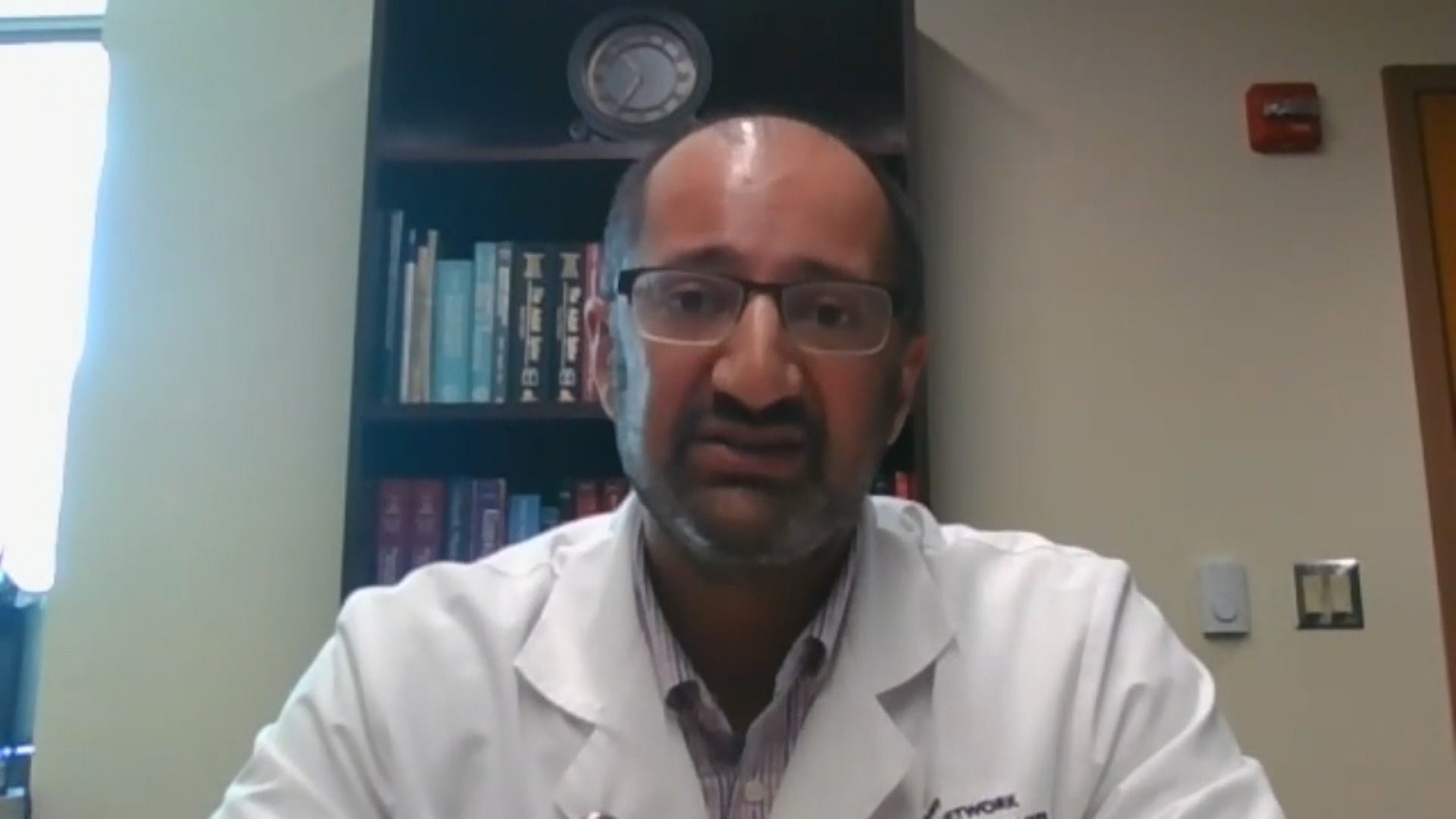