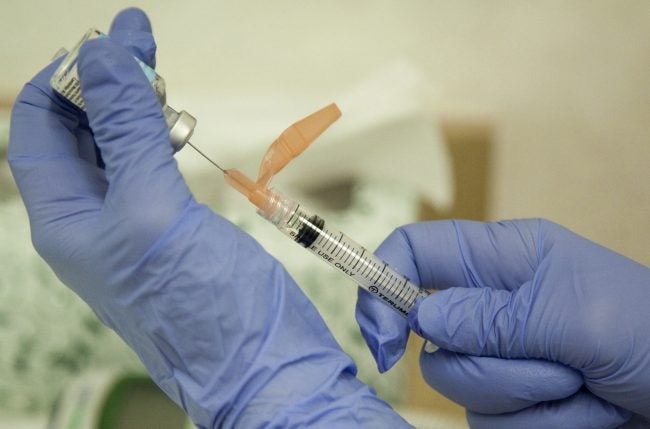 INDIANAPOLIS (WISH) – Biotechnology company, Novanax Inc., landed over a billion-dollar deal with the federal government in yet another effort to find a coronavirus vaccine.

The company joins the current list of five firms as part of the Trump administration’s project Operation Warp Speed (OWS) in the race towards a COVID-19 vaccine.

Not only that, but Novanax, based in Gaithersburg, Maryland, which is just north of Washington, D.C., secured the largest federal deal to date. The company received a sum of $1.6 billion beating out AstraZeneca’s $1.2 billion for the top spot.

Novanax, according to its website, has over a decade of experience successfully discovering vaccines for influenza, SARS and MERS — all of which are strands of coronaviruses.

“The pandemic has caused an unprecedented public health crisis, making it more important than ever that industry, government and funding agencies join forces to defeat the novel coronavirus,” Stanley C. Erck, President and Chief Executive Officer of Novanax said in a statement. “We are grateful to the U.S. government for its confidence in our technology platform and are working tirelessly to develop and produce a vaccine for this global health crisis.

In April, NVX-CoV2373 proved safe and effective in animal models and a Phase 1 clinical trial testing 130 participants is currently underway in Australia. Results are expected in late July and, if successful, the company will move forward with larger clinical trials.

Operation Warp Speed launched on May 15. The other five project players include Merck, AstraZeneca, Pfizer, Johnson & Johnson and Moderna.