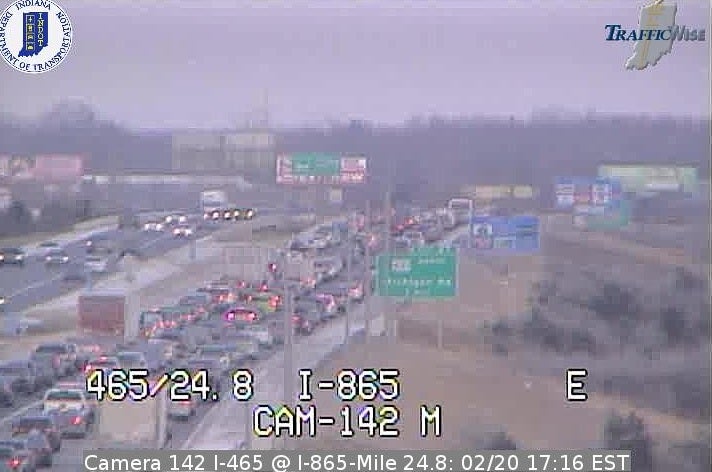 INDIANAPOLIS (WISH) – Indiana State Police say a crash and a vehicle fire on the north side of Indianapolis caused a major back up during Friday rush hour traffic.

INDOT said the left lane of eastbound I-465 was closed near I-865 due to a vehicle fire. State police said there was a crash in the same area.

Drivers could expect delays while eastbound on I-465 near mile 25.9.

Police said around 5:15 p.m. no serious injuries were reported in the incidents.