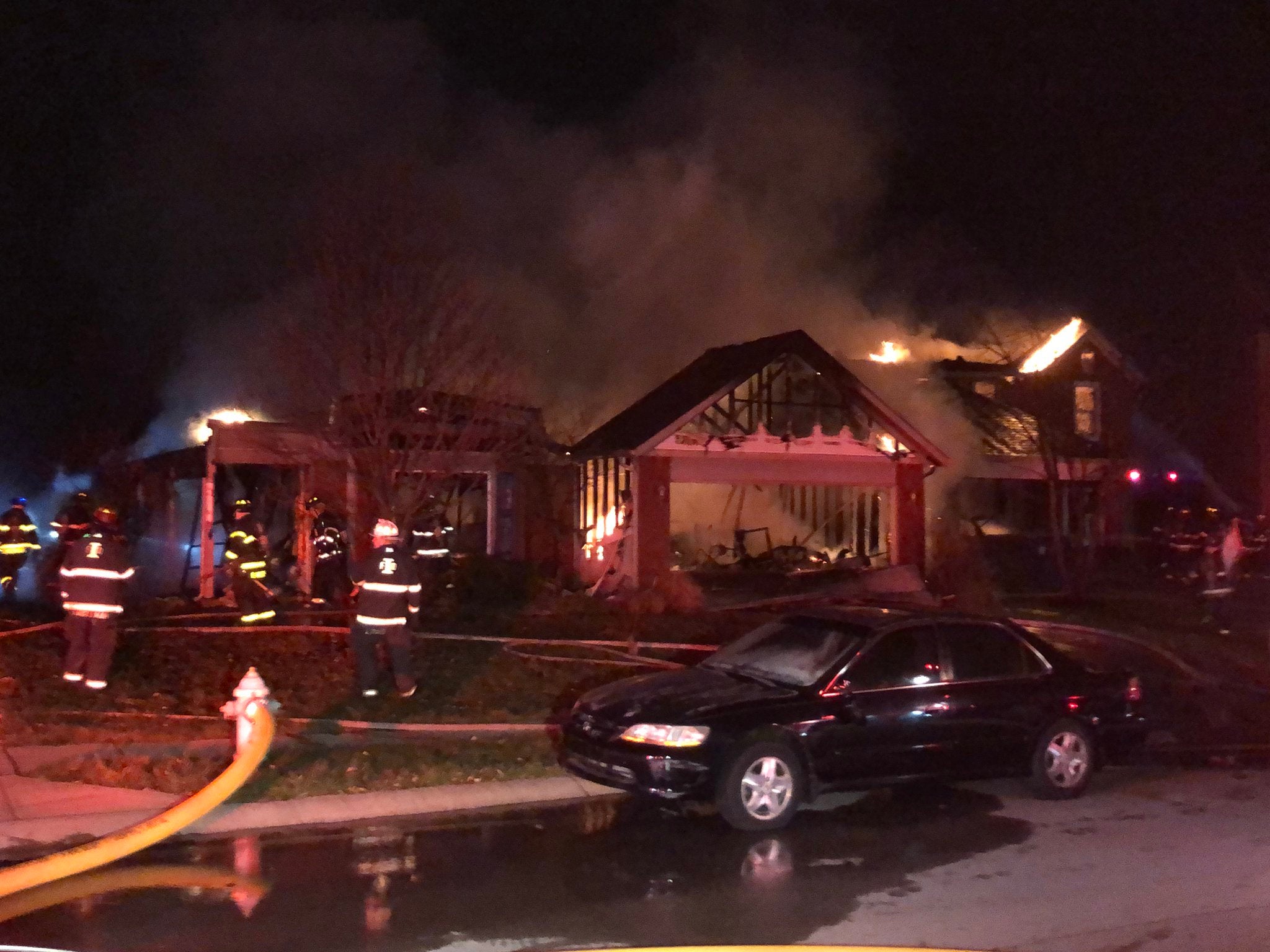 INDIANAPOLIS (WISH) — Fire officials on Tuesday identified a woman who died in an early morning fire that spread to three homes.

Two of the three homes were engulfed in flames when crews arrived around 4:22 a.m. on Rothe Lane, near 30th Street and Cumberland Road.

Marsha Dean Karnafel, 59, was found around 5:12 a.m. Monday as crews with Indianapolis Fire Department worked to get a fire on Rothe Lane under control, the department said Tuesday.

Crews said it took 40 minutes to get the fires under control, and roughly 45 firefighters were on scene.

Five people and two dogs were displaced and are working with the Red Cross for assistance. All three homes were lost in the fire, the department said.

Investigators believe the fire started in the middle home, where Karnafel and her husband lived, and high winds spread the flames to the other two homes.

Damage sustained by the middle home has impeded investigators’ efforts to determine the cause and origin of the fire, the department said.

“My heart goes out to the families whose lives were upended overnight by this devastating fire. I am grateful to our dedicated first responders, who answered the call in the early hours this morning to save lives and property. I will be keeping the families and our first responders lifted in prayer. Please check on your loved ones, especially our elderly friends and family, as the weather turns colder.”

According to the IFD Battalion Chief Rita Reith, the woman’s death was the 12th fire-related fatality handled by IFD in 2019, which she said was “12 too many.”