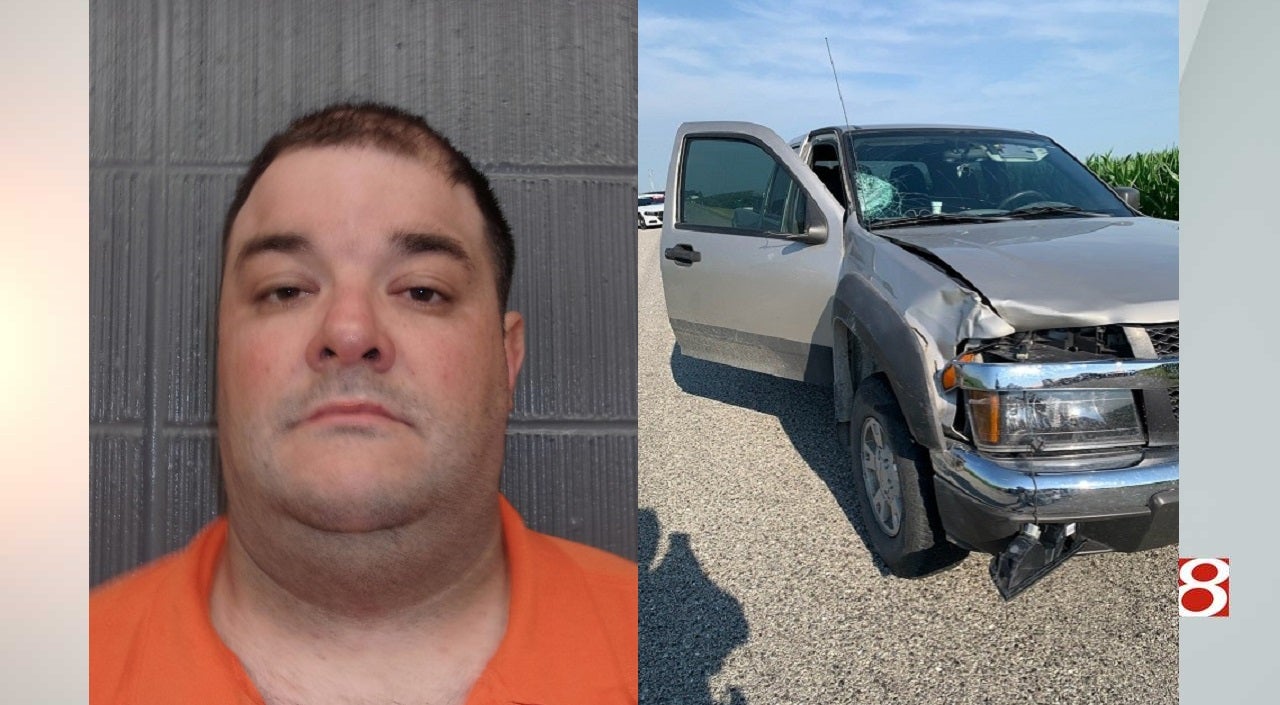 OCKLEY, Ind. (WISH) — A Delphi man died and a Burlington man was arrested Saturday after a crash between a pickup and a bicycle in Carroll County.

Officers were called to County Road 400 South east of Ockley around 9 a.m. Saturday on a report of a crash. Police arrived to find Charles W. Maxwell, 64, unresponsive. He was pronounced dead at the scene, according to the Carroll County Sheriff’s Office.

An initial investigation determined that Maxwell has been heading east on the road on a bicycle. Tyler Levin, 34, of Burlington, was traveling east in a pickup and told authorities “he was checking his cellphone and his attention was not on the roadway” when he looked up to find the bicycle in front of him. He told police he “could not avoid striking” Maxwell.

Maxwell, who had been wearing a helmet, was ejected from the bicycle when the pickup hit him and landed in a soybean field on the south side of the road, the sheriff’s office said.

Levin was taken into custody and booked into the Carroll County Jail on preliminary felony charges of reckless homicide and criminal recklessness involving a vehicle. Levin posted $10,000 cash bond and was released from jail pending a July 10 initial hearing, the sheriff’s office said.

Police said they do not believe alcohol or drugs were a factor in the crash.

Indiana’s “Hands-Free” driving law went into effect on Wednesday, banning the hand-held use of cellphones while driving. Violating the law could result in a Class C infraction, which involves a fine of up to $500. Beginning July 1, 2021, you will have points added to your license if you use your phone behind the wheel.