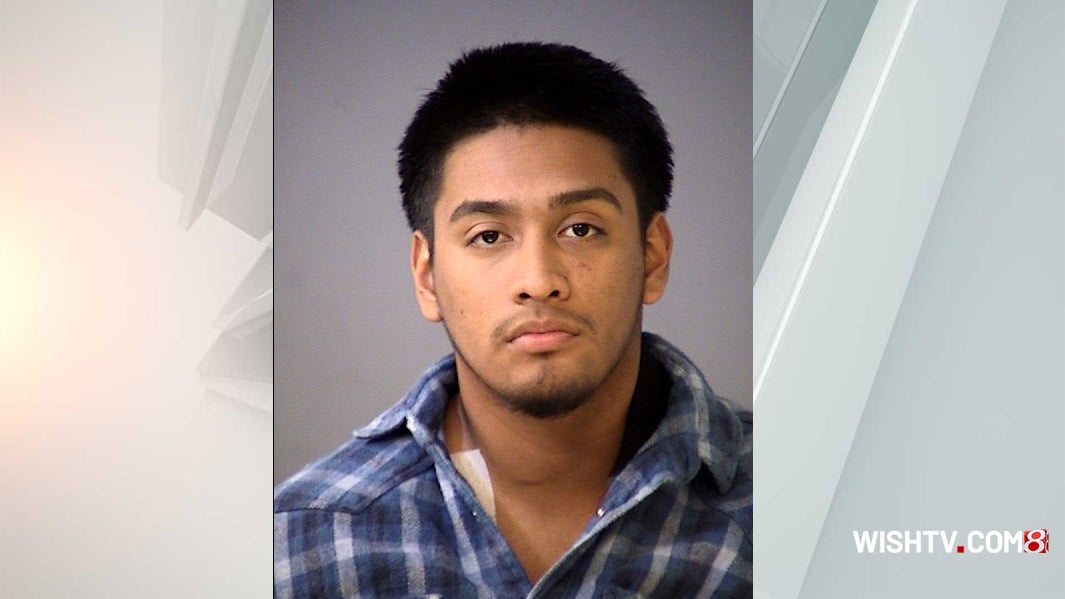 Police say an altercation outside of a west side sports bar led to a gun being pulled. Two officers who arrived on the scene fired at the suspect after he ignored orders to put his weapon down.

The suspect, 20-year-old Luis Suarez, faces charges for pointing a firearm, criminal recklessness and carrying a handgun without a license.

Court documents say a “confrontation” inside the bar spilled outside.

Surveillance shows Suarez go into a vehicle and pull out a gun.

IMPD says the officers, Keith Ortega and Roberto Sanchez, both fired at Suarez. They are heard on video repeatedly telling him to drop the gun. He was struck near the armpit.

Suarez fled from officers. When he was caught, officers rendered first aid until paramedics arrived.

The officers were not injured.

Suarez is due in court in February.

The video below contains graphic violence and language.