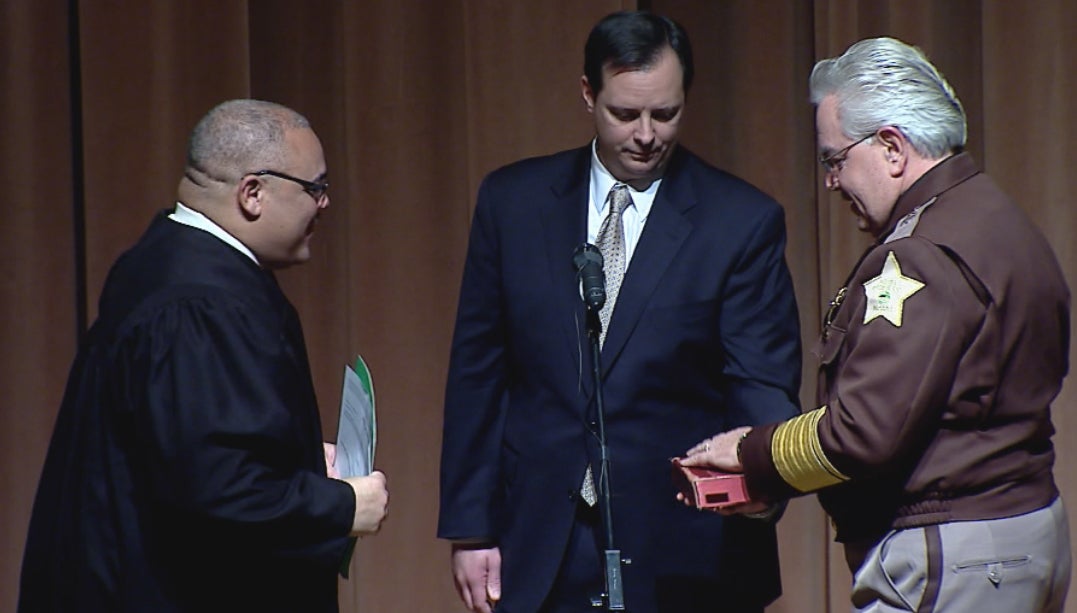 INDIANAPOLIS (WISH) – Marion County Democrats swept the November elections and New Year’s is the first day in office for the winners.

Six Democrats took the oath of office at the Indiana History Center Thursday.

They include Prosecutor Terry Curry and Sheriff John Layton, who are both entering their second terms in office.

They were joined by two newcomers, Kate Sweeney Bell, who is the new County Recorder, and County Clerk Myla Eldridge, who thanked the late Julia Carson and others for paving the way for her.

“To stand right here today on this stage,” she said, “as the first African American Marion County Clerk.”

A number of township elected officials also took the oath of office at the morning ceremony.