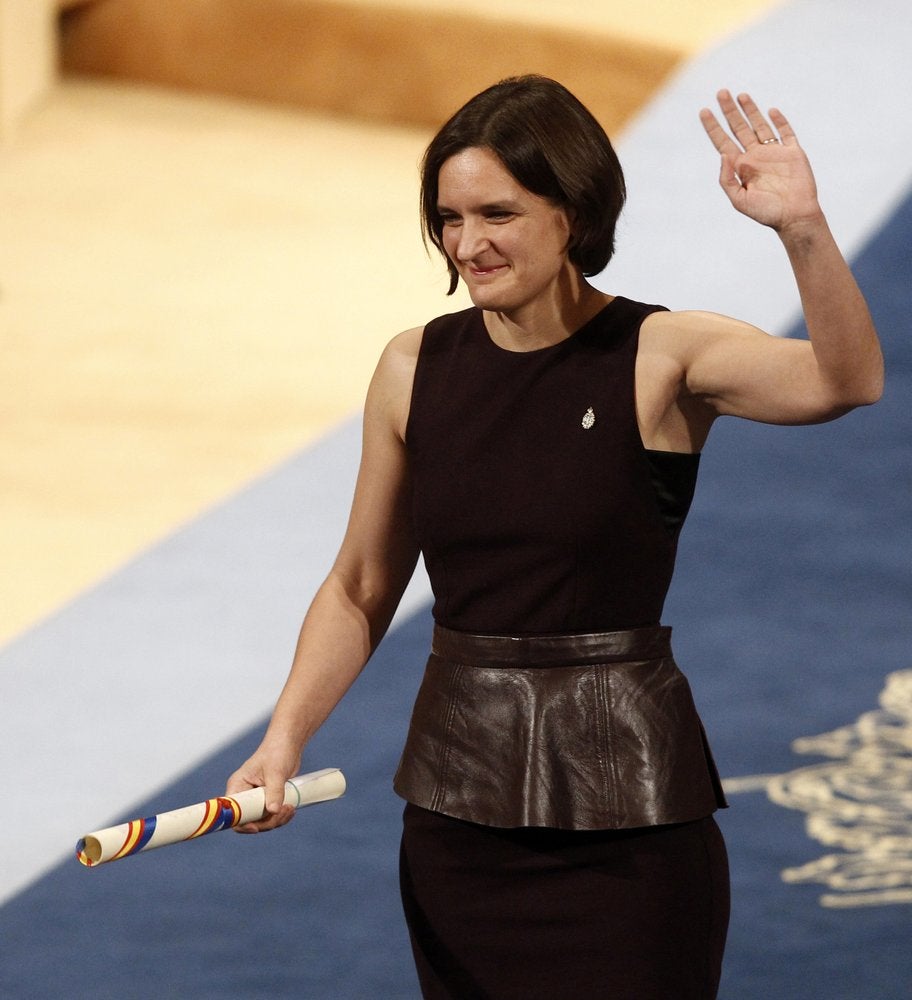 FILE - In this Friday Oct. 23, 2015 file photo, Esther Duflo of France waves after receiving the Princess of Asturias award for Social Sciences from Spain's King Felipe VI at a ceremony in Oviedo, northern Spain. The 2019 Nobel prize in economics has been awarded to Abhijit Banerjee, Esther Duflo and Michael Kremer "for their experimental approach to alleviating global poverty." The Royal Swedish Academy of Sciences announced the prize on Monday Oct. 14, 2019. (AP Photo/Jose Vicente, File)
by:
Posted: Oct 14, 2019 / 06:49 AM EST / Updated: Oct 14, 2019 / 06:49 AM EST

Banerjee and Duflo are both at the Massachusetts Institute of Technology and have authored several books together, while Kremer is at Harvard University.

Duflo, who was woken up by Goran Hansson, secretary general of the Royal Swedish Academy of Sciences, said that getting the prize “incredibly humbling.”

Duflo noted that the profession was not always welcoming to women.

“Showing that it is possible for a woman to succeed and be recognized for success I hope is going to inspire many, many other women to continue working and many other men to give them the respect that they deserve like every single human being,” she said.

Officially known as the Bank of Sweden Prize in Economic Sciences in Memory of Alfred Nobel, the award wasn’t created by the prize founder, but is considered to be part of the Nobel stable of awards.

It was created by Riksbanken, the Swedish central bank, in 1968, and the first winner was selected a year later.

Last week, six Nobel prizes were given — medicine, physics and chemistry plus two literature awards, and the coveted Peace Prize.