Flu is widespread across the US 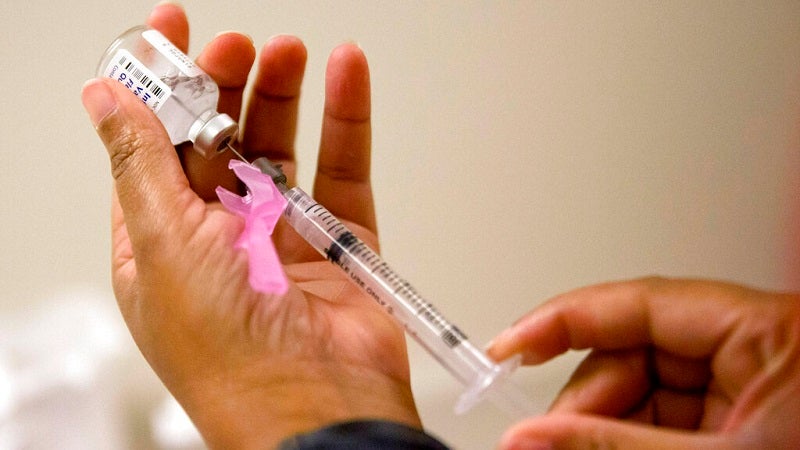 (CNN) — While much of the world’s attention has been focused on the Wuhan coronavirus, there’s another virus that has been keeping doctors offices around the country incredibly busy this time of year.

Flu activity continued to increase and remained high in the United States in the week ending February 1, according to new data from the US Centers for Disease Control and Prevention. This is after dramatic drops in flu activity during the first two weeks of 2020.

Flu virus activity was widespread in nearly every US region, with high levels of activity in 45 states and Puerto Rico. Influenza A and influenza B strains are approximately equal for the season overall, the CDC said, but in recent weeks there has been an increase in influenza A. Influenza B viruses are the most commonly reported flu viruses among children, including babies, and young adults up to age 24, while influenza A is most commonly reported among people 25 to 64 and 65 and older.

There were 10 more pediatric flu deaths reported to the CDC last week, bringing the total for the season to 78.

“We seem to have another double barreled flu season,” said Dr. William Schaffner, an infectious disease doctor at Vanderbilt University Medical Center. “B was big early on and now it is being equal with H1N1 and that’s interesting. Both can be a real problem for children and young adults and that is kind of curious, that is not normal at all. Usually, we have one that predominates.”

“Last year was also a double barreled season and we hadn’t see that in a long time. Normally there’s a and b smolders along in background,” Schaffner said. “Usually it doesn’t cause large outbreaks but this year the Bs didn’t read the text book.”

The CDC estimates that this flu season, which started on September 29, there have been at least 22 million cases of the illness in the US, 210,000 hospitalizations and 12,000 deaths.

Schaffner said it’s good to remember, with flu activity reported everywhere in the country, to wash your hands regularly, avoid people who are coughing or sneezing and, if you do get sick, call your health care provider, instead of going into the office. Schaffner said that way you can get a prescription for antiviral medication to reduce your sick time and, by staying home, you won’t spread the bug around the doctor’s waiting room.