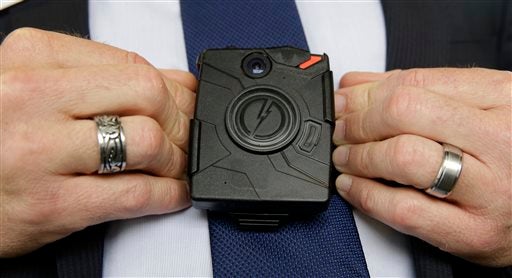 GARY, Ind. (AP) – The Gary Police Department has officially launched a body camera pilot program with the activation of its first device.

Probationary officer Michael Jackson wore the body camera during his shift Tuesday while driving one of the department’s recently purchased Dodge Chargers.

Police Chief Larry McKinley says it marked a historic moment for the department because officers will be able to perform better with the equipment.

McKinley says he plans to apply for grants and other sources of funding to purchase more body cameras. He says the goal is to equip every on-duty officer with one of the devices while they’re on patrol.

Officers will take turns wearing the camera and provide feedback throughout the next few weeks. The feedback will then be used to establish operating procedures and protocol for all officers.