Gen Con set to get underway in Indy 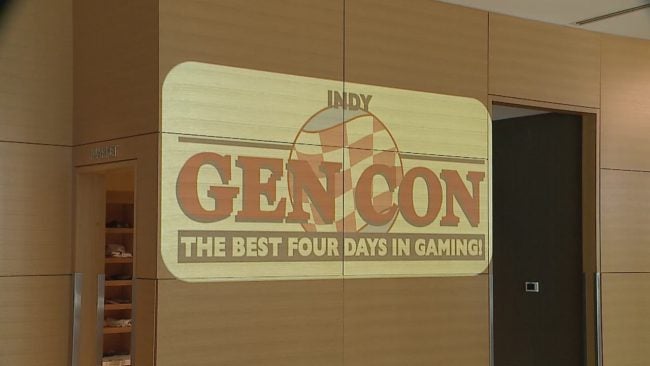 INDIANAPOLIS (WISH) – Don’t be surprised If you see a lot of people in costume downtown over the next four days. Gen Con is taking over the convention center.

“It’s Disneyland for some people for four days,” said Stacia Kirby, A spokeswoman for Gen Con.

The convention, one of Indianapolis’ largest is billed as “The Best Four Days in Gaming.”

“Gen Con is about gaming and gaming is fun for people,” said Kirby.

Over 60 thousand people are expected to pack into the convention center over the next four days.

“Part of it is just tradition, it’s a good time, we enjoy ourselves. There are friends we only see out here every year,” said Robert Schneider, a gamer in town with his family from Kansas City.

Organizers said gamers will come from all 50 states, and several countries.

And for the first time the convention will expand into Lucas Oil Stadium. Beneath the field is where True Dungeon will be played.

“It’s a little more space, new space,” said Karen Gaddis, a team leader with True Dungeon. “We’ve got some opportunities we haven’t had before in terms of keeping the magic available to our players.”

And the expansion is important considering both the National Rifle Association and the Jehovah’s Witnesses moved their conventions after 2014. But despite the losses, Visit Indy said the number of events and hotel revenues are up.

“We are on a record roll,” said Leonard Hoops, the president of Visit Indy. “In the first six months of this year, five of those six months were record hotel revenue months, through June 30, 10 percent hotel revenue up over even last year. and last year was a previous record.”

At the JW Marriot, the concierge greeted guests in Star Trek costumes, the hotel is 100 percent booked through the weekend.