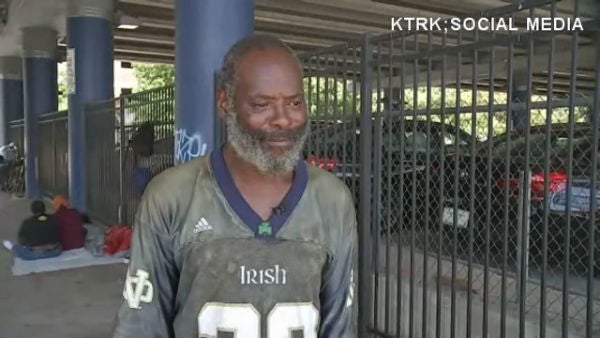 HOUSTON (CNN) — It’s a smooth rendition of a classic that has Maurice Hill slowly climbing the internet charts with thousands of views on a news station’s Instagram account over less than 24 hours.

It all happened when a woman gave him a McDonald’s meal in honor of her 35th birthday.

She posted the video.

Thousands wanted to know more about this voice of velvet, so KTRK tracked him down.

“I love singing and I love writing music. That’s what I really love to do.”

He was back at that same McDonald’s where he sang for the cameras.

Hill’s story is not unlike many on Houston’s streets.

He’s been down on his luck most of his adult life, after serving time for a crime.

He moved into a halfway house in Houston and even joined a few bands in the 1980s.

“I tried to come out a couple of times, but things … finance weren’t right.”

Then Hurricane Harvey hit, his low-income apartment was ruined with mold and he wound up under a bridge downtown.